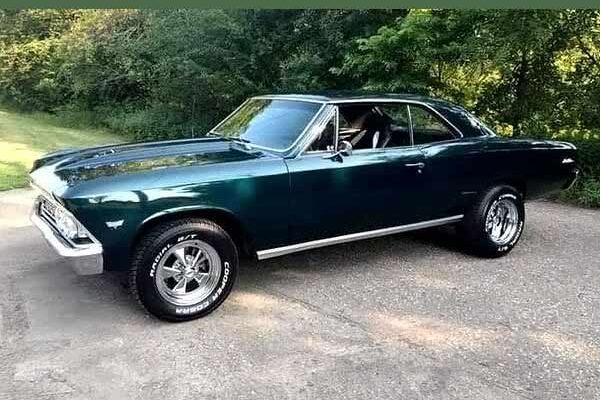 . In the name of horsepower, smaller engine choices were dropped and the horsepower was creeping up. Notable changes were restyled body panels, a new grille and rear panel, new interior, and many other changes. The 1966 Chevelle boasted an entirely new look and feel with a more stylish roofline and the famous Chevrolet “coke bottle” shape. The 1966 Chevelle Super Sport was renamed the “SS396” to designate the new power plant and also received a pair of ornaments on the hood.