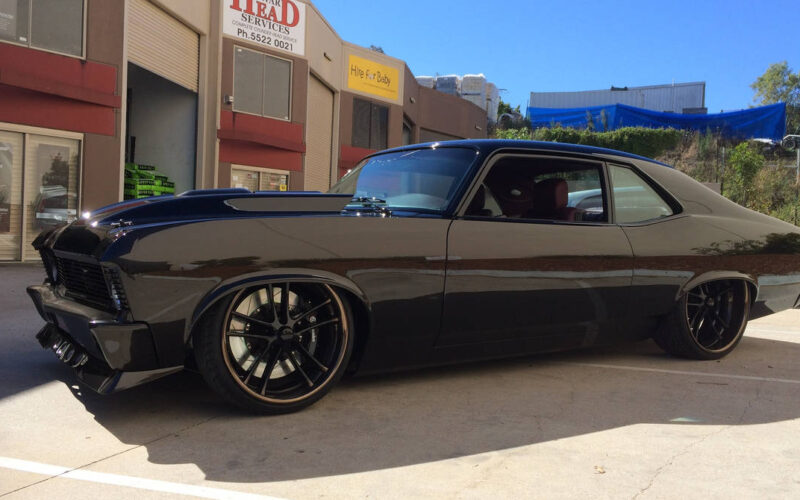 This sleek black 1970 Chevy KAM Nova hails from Robert Zahabi and the Rides by KAM shop in Queensland, Australia.

This black-on-black theme caused Rob no end of headaches. Every single last piece had to be recoated or painted. “Very little is available in black, it’s either polished or chromed,” says Rob. “All of it had to be sanded, etch-primed, primed then painted. It was a four-day process every time I wanted to bolt anything on.”

And while much of Rob’s 1970 Chevy Nova is straight House of Kolor Jet Black, the exterior is actually two-tone. House of Kolor Orion Silver has been added to the Jet Black that runs from the sills up to the hipline. It’s not until you catch it in the light at the right angle that the silver reveals itself. It’s a very deft effect.

KAM Nova’s other overriding theme is symmetry. “I wanted twin superchargers,” Rob says, “but I wanted them to be symmetrical.” On the surface this may seem like a relatively straightforward request. However, it required custom-made, one-off billet housings and internals, as everything is in reverse – the blowers are mirror images of each other. 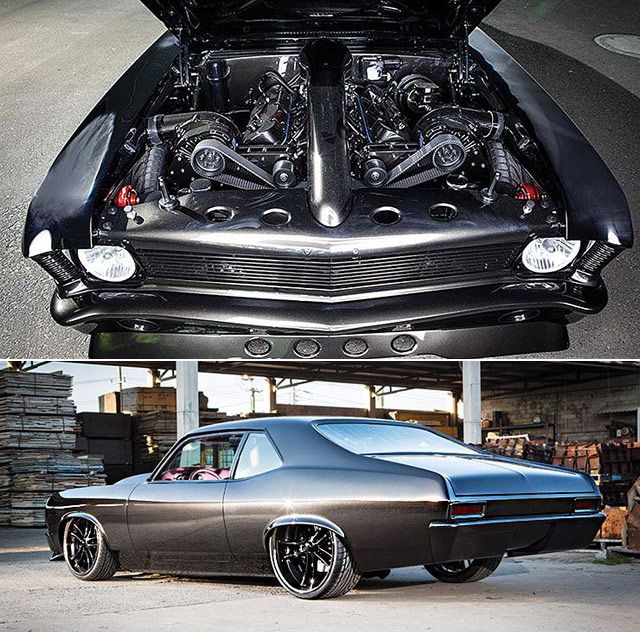 Striving for symmetry also required custom-made intercoolers and radiator from PWR. The radiator was especially challenging, as it features a centralised inlet and outlet hidden underneath the monstrous elephant trunk intake pipe. With a 1500hp, blown 572-cube engine to keep cool, ensuring the radiator flowed properly was a top priority. PWR nailed it!

The fully detailed and custom undercarriage – without a fuel or brake line in sight – has 22×10 rear rims, 20×8.5 fronts, 2″ extended rockers and rear quarter custom-made front and rear bumpers. Much of the burgundy leather interior was built from nothing. Where possible (i.e. the air vents and centre console) Rob continued the symmetrical theme. With the floor so dramatically altered – it was raised to clear the four-inch exhaust – the rear seat was also made from scratch. The interior is where the third ‘oval’ theme becomes more obvious. There’s even an oval design in the one-piece hood lining. 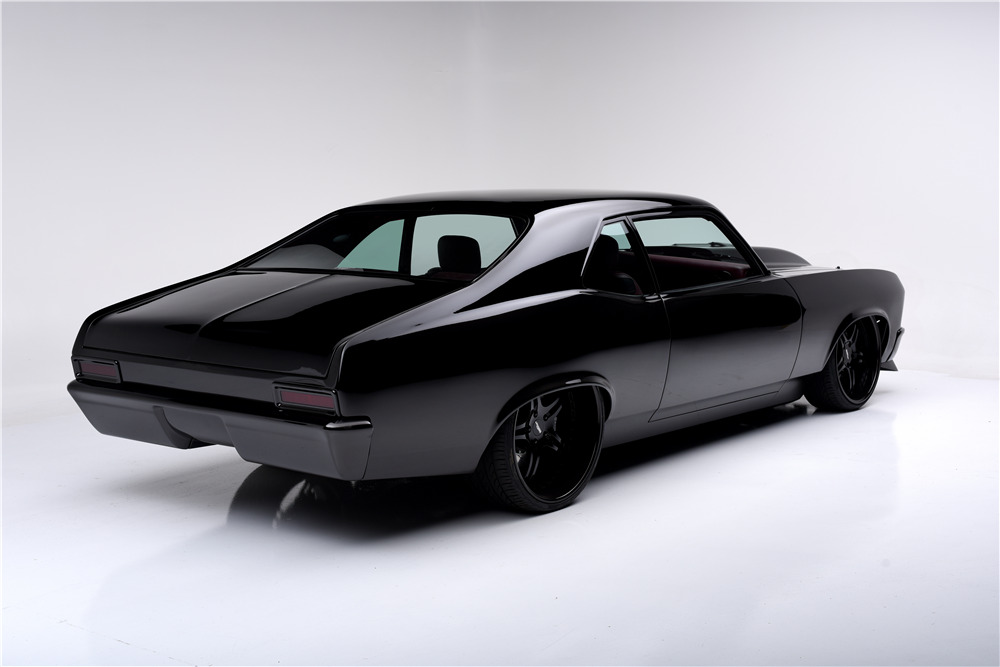 The entire project took two years to come together, which the builder says was only possible with extensive planning.
The video below is a MUST watch for those that enjoy seeing cars that are built to be driven and enjoyed.