This 1965 Oldsmobile 442, known as “The Getter,” was a SEMA 2017 feature car shown in the ARMO booth in Las Vegas. A complete frame-off restoration was performed, creating this highly modified Pro-Touring 442 that has 900 break-in miles. The restoration was engineered and completed over a 2-1/2-year period. It’s equipped with a boxed Buick GS frame for added strength, John Industries 9” rear end with 3.89 gears, Detroit Speed suspension front and rear, and Wilwood 13” brakes with 6-piston front and 4-piston rears. It has been lowered 2”, and a Turn 1 12:1 ratio steering box and dual adjustable Viking shocks were added. 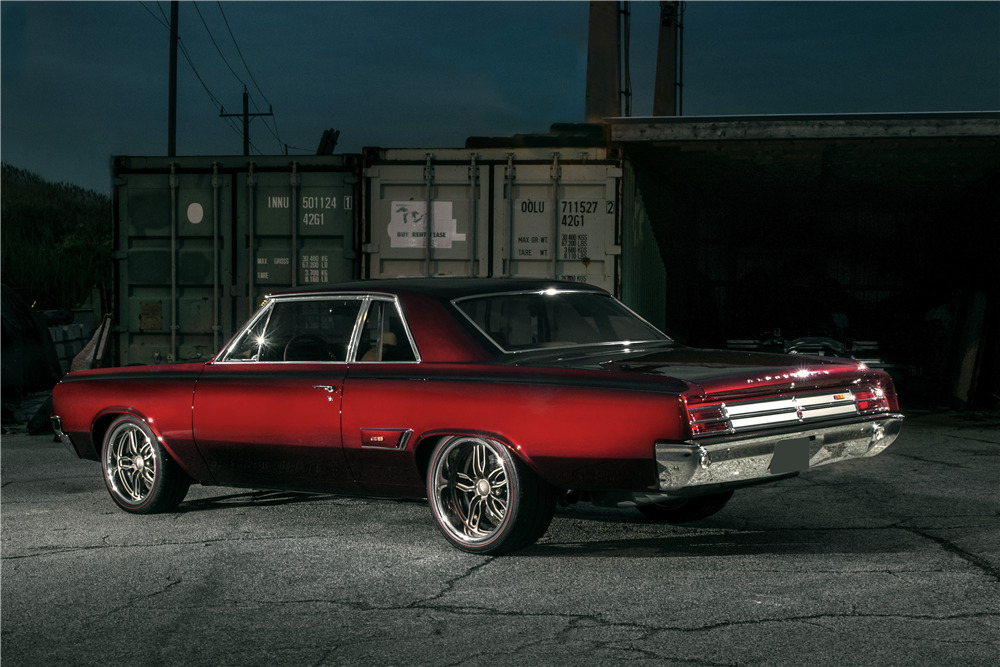 It’s driven by a 6.0-liter LS engine dressed to look like the period-correct Olds 400ci engine, mated to a Tremec 600 5-speed manual transmission. The 6.0-liter was rebuilt with a COMP High Energy cam along with a set of aluminum heads, Edelbrock intake, 2.0 fuel injection and a 3D-printed dual-snorkel air cleaner. This custom 442 sits on Budnik Shrike wheels wrapped in Toyo tires. 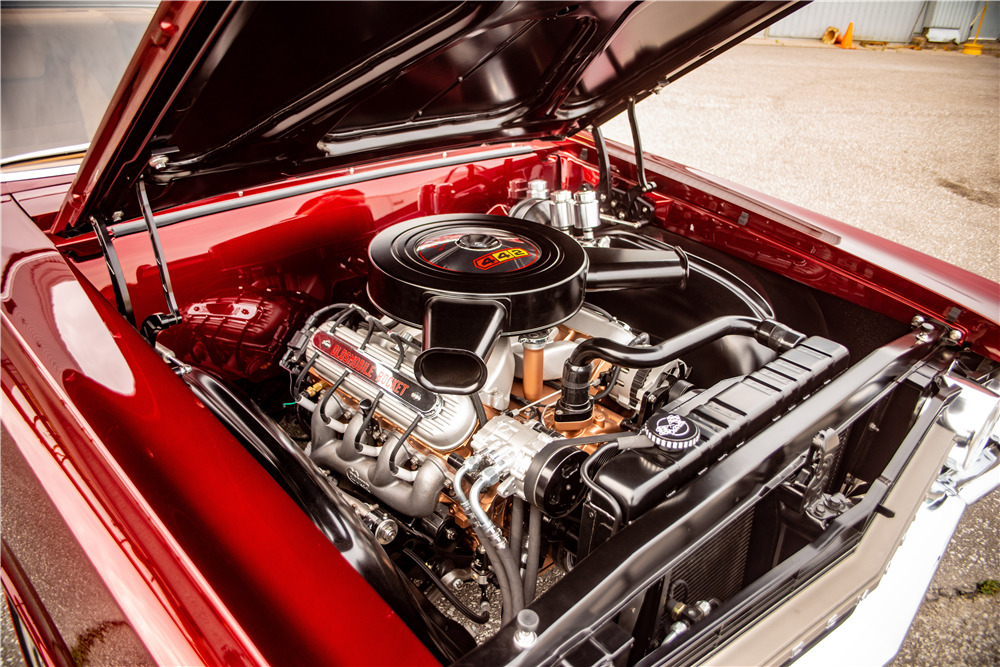 The exterior is finished with three coats of Copper Penny, four coats of Candy Red and five coats of clear. The interior features 2012 Camaro bucket seats, Dakota Digital gauges and is trimmed in leather and suede. “The Getter” was chosen by Ant from “Wheeler Dealer” as his pick of the 2017 SEMA Show. It won first place in the Street Touring ’49 to current class at March 2018 Detroit Autorama. 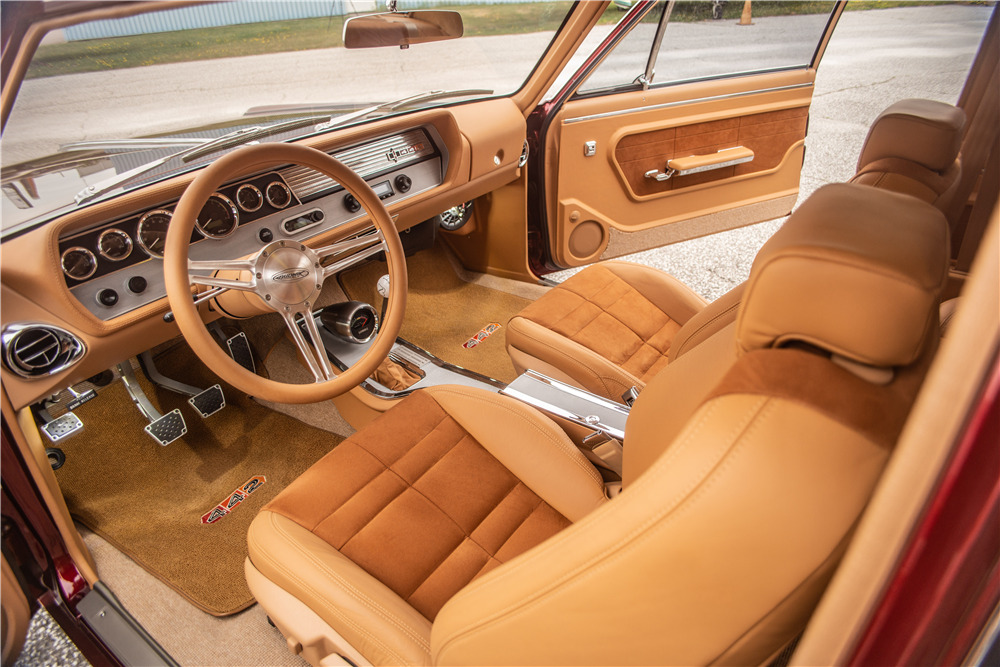 At the Toronto, Ontario, Motorama, it finished in the Canadian Top Ten, First in Class Custom Street Machine Full and BASF’s Best Paint. At the London Speed and Custom Car Show, it also finished with top honors. Awarded Awesome Olds at the 2018 Columbus Goodguys show. **TITLE IN TRANSIT** 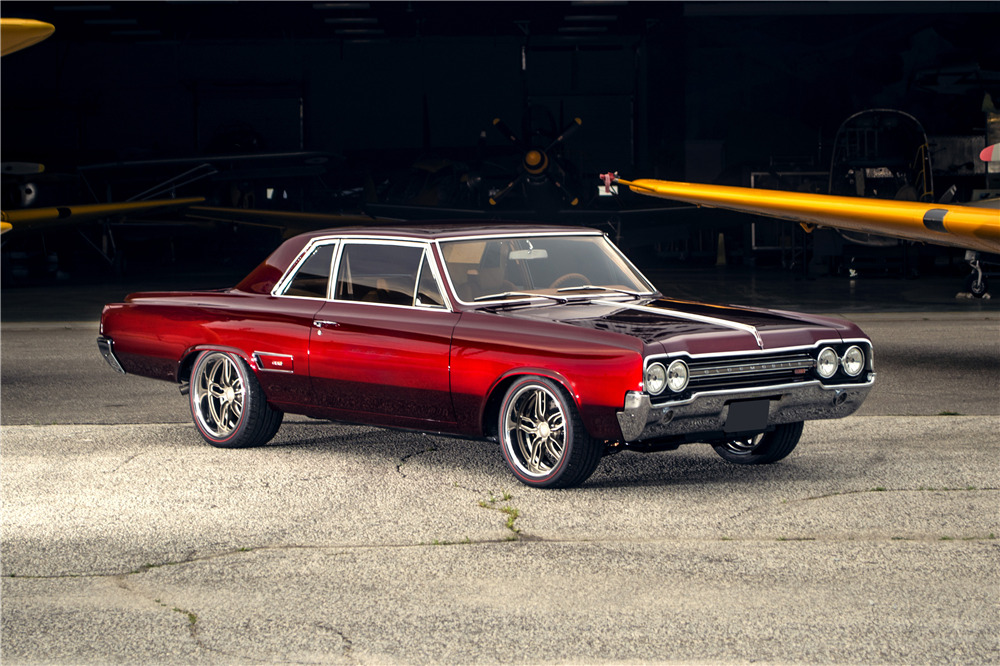