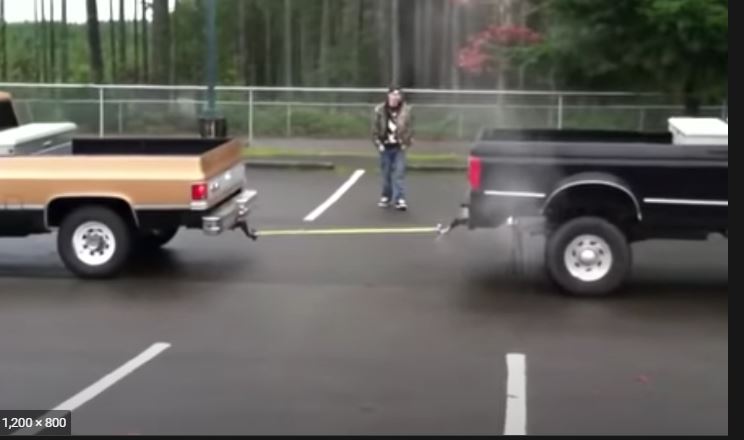 High School Kids Do Ford Truck Vs. Chevy Truck Tug Of War and Take it TOO FAR!

The age-old battle is upon us once again, it is time for Chevy VS Ford in a simple game of tug of war.
This “competition” proves which vehicle has the greater pulling power relevant to the other one and let us just say that this is always a fun way to end a pissing contest between men, or in this case, boys.
According to the explanation it was the owner of the 454 Chevy that wanted this tug of war and was talking smack to the kid that is driving the F-350 ’94 Ford which apparently had enough grunt to take the Chevy for a ride around the parking lot.
The crowd apparently enjoys the event and cheer the kid in the Ford and to be honest one of the things in the video that we appreciate the most is the fact that there are still enough youngsters that take the time to get their face unglued from their phones to do something fun like this and even appreciate some cars and truck, so there is hope for these electronic/gadget generations.
No matter if you’re a Ford or a Chevy guy, knowing that you are going to leave your truck into the hands of a generation that still enjoys some muscle, is always satisfying.