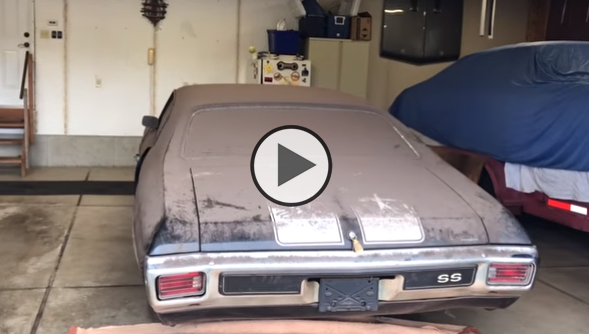 Western New York is the location that we are taking you today, in order to show you a very rare Oshawa Canada Built Chevelle SS396 from the year 1970, and with an odometer which has stopped at less than 60 thousand miles.

This car has not seen action since 1979 or exactly forty years but has been kept indoors and aside from the dust it actually looks great for a car which is nearly half a century old.

This car surfaced just recently, pretty close to the location that it is found on now, and the now new owner decided that he wants to tell everybody about it so he called the expert, Patrick Nichols to make a detailed video about it.

This car is nicknamed THE PA”TINA” and how rare it is at the moment tells us the fact that back in the day, only about 3300  of them were built at Oshawa, Canada and was later sold in East Aurora, New York, and it was as we said recently discovered in the same area.

So check out this great machine, that looks like all it needs is a wash before hitting the road.