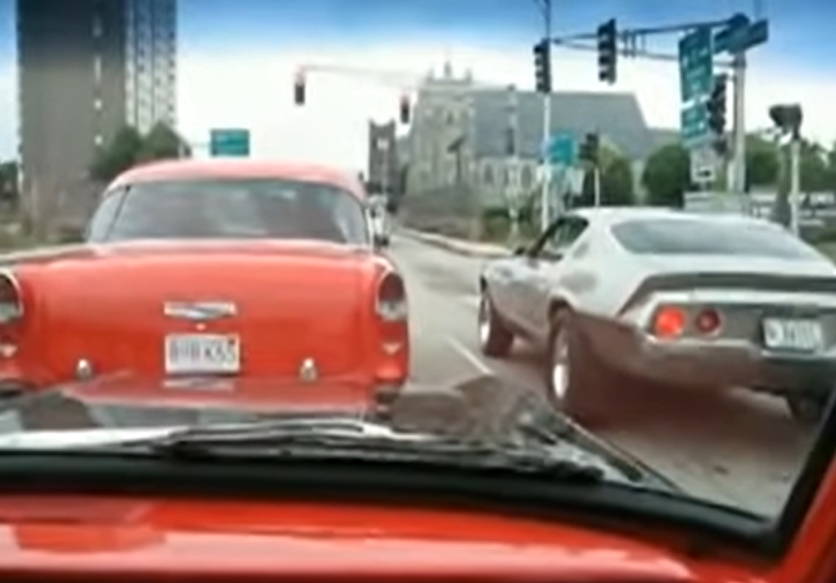 Street racing is a passion that has been going on for years and hate it or love it, it’s probably not going away anytime soon. This time, we flash back to hints of the earlier days of racing with a pair of cars that will bring out the nostalgia in just about anyone who was around to see them when they first started rolling into the streets.

It’s not really clear exactly when this video was originally filmed but what is clear is that we get a front row seat to a regular old throwdown as this old pair of Chevys in a Chevrolet Camaro and a ’55 Chevy get to it all the red light, stretching out their legs in a contest of speed.

I’m not really sure if blasting along in broad daylight down a somewhat populated city street is really the best idea but it looks like this race goes off without a hitch and most definitely provides us with a winner. Check out the video below to see who took home the bragging rights in this quick hit.