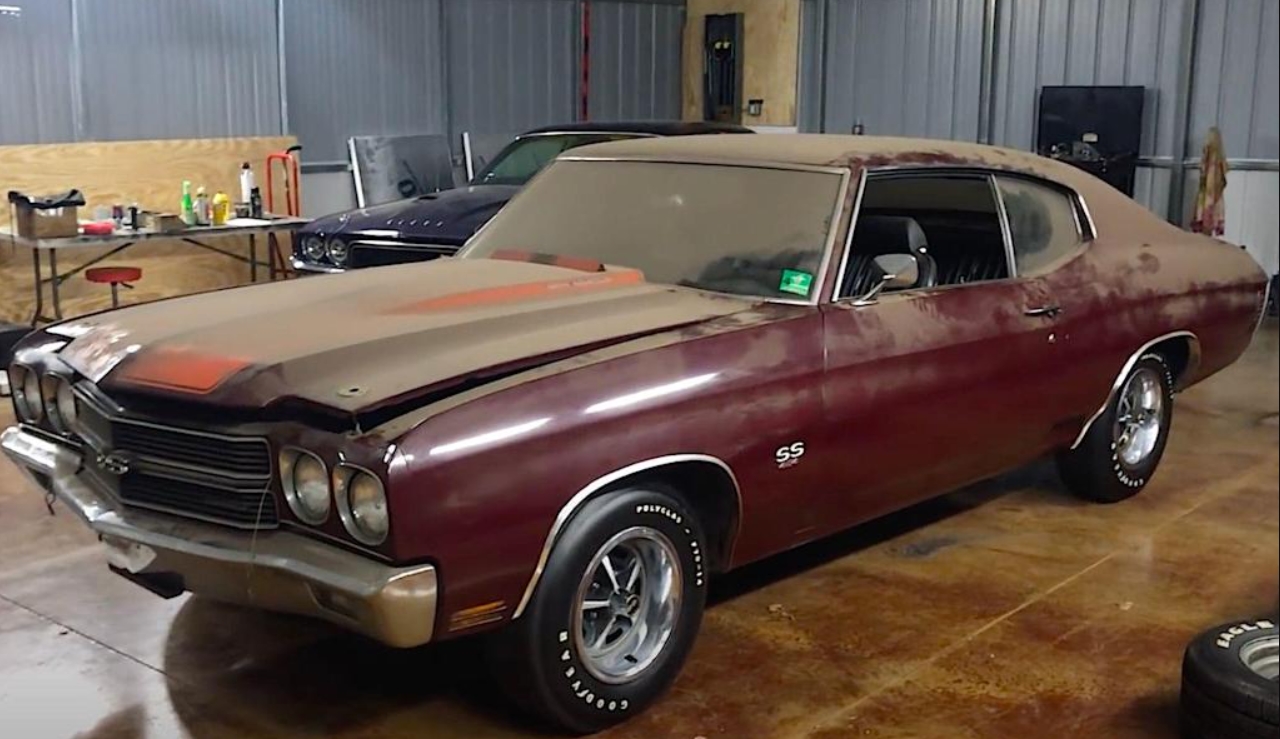 Newly discovered 1970 SS454 LS6 Chevelle found parked on a garage lift since 1978!!! – The car has been parked since 1978, less than eight years after it was built. Was discovered in Pennsylvania, where it had been stored for all those years, yet as we will see, it has remained in excellent shape. 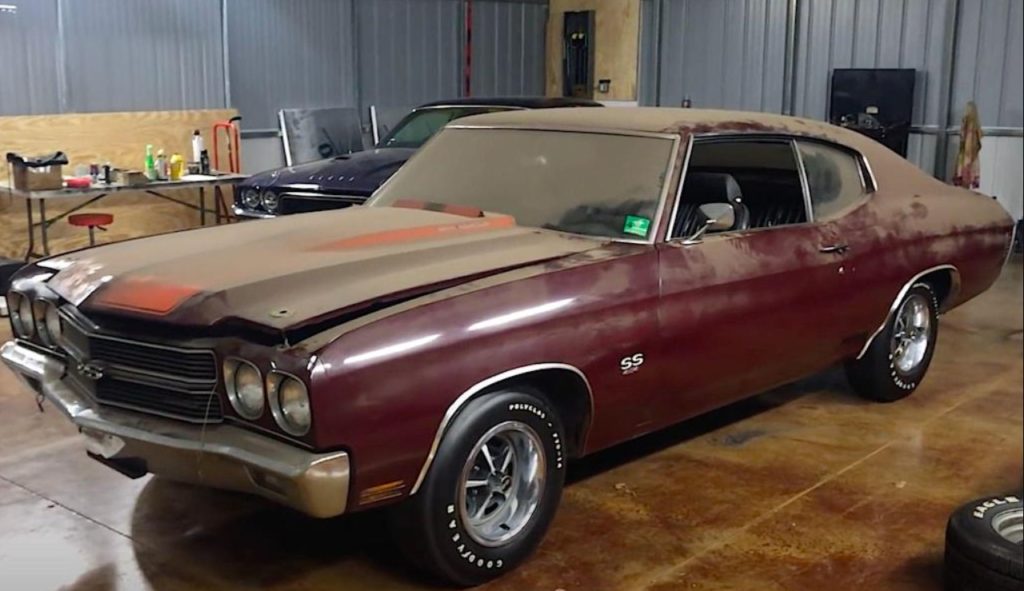 Many people, including the previous owner, would have kept the car in its original Tuxedo Black color, but he felt that burgundy would be a much better appearance for it, especially with some orange stripes on it.

While maintaining the automobile in its original color may have put it in the “holy grail” category, it is clear that various people have different tastes, which is why we are seeing something new this time. 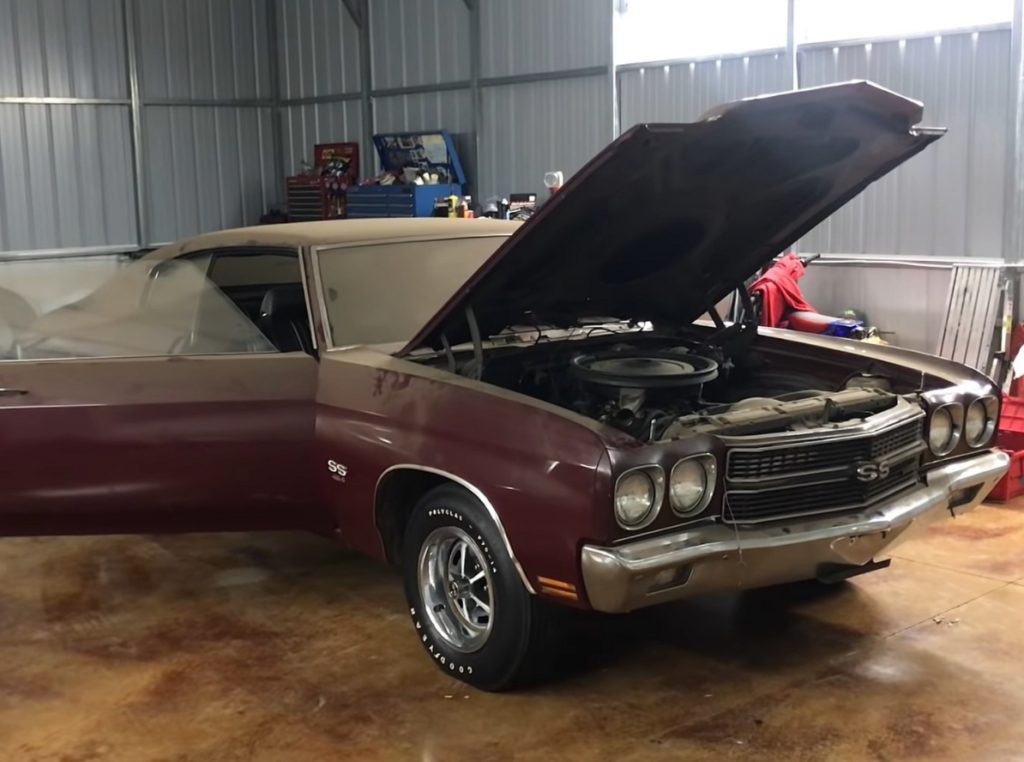 The car is covered in a heavy coating of dust, as one would expect from a vehicle that has been parked since the 1970s, and we wish Patrick had gotten rid of it before presenting it to us, but we realize that he is attempting to show us the car in its original form.