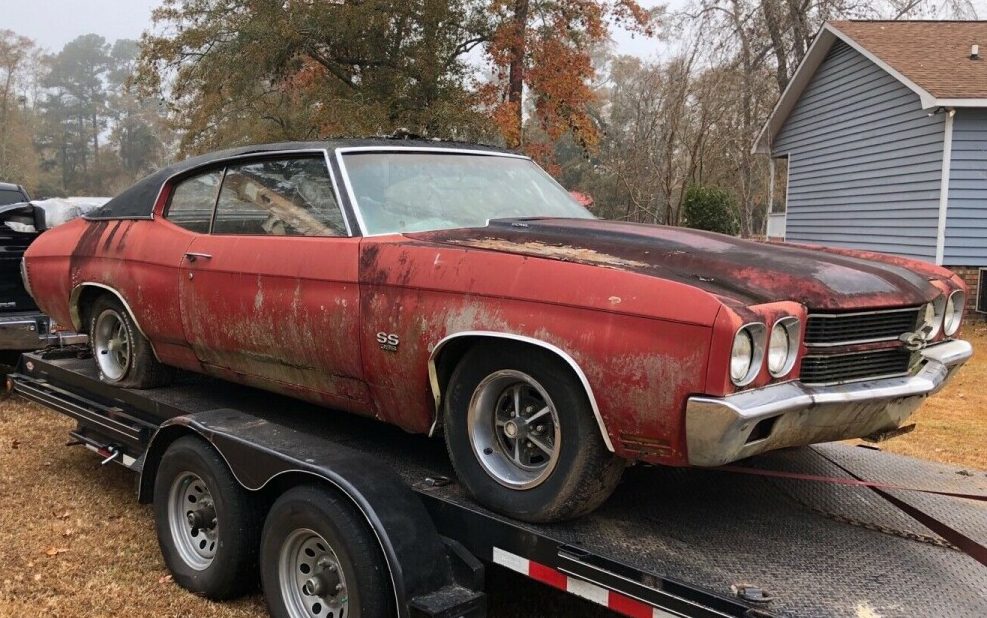 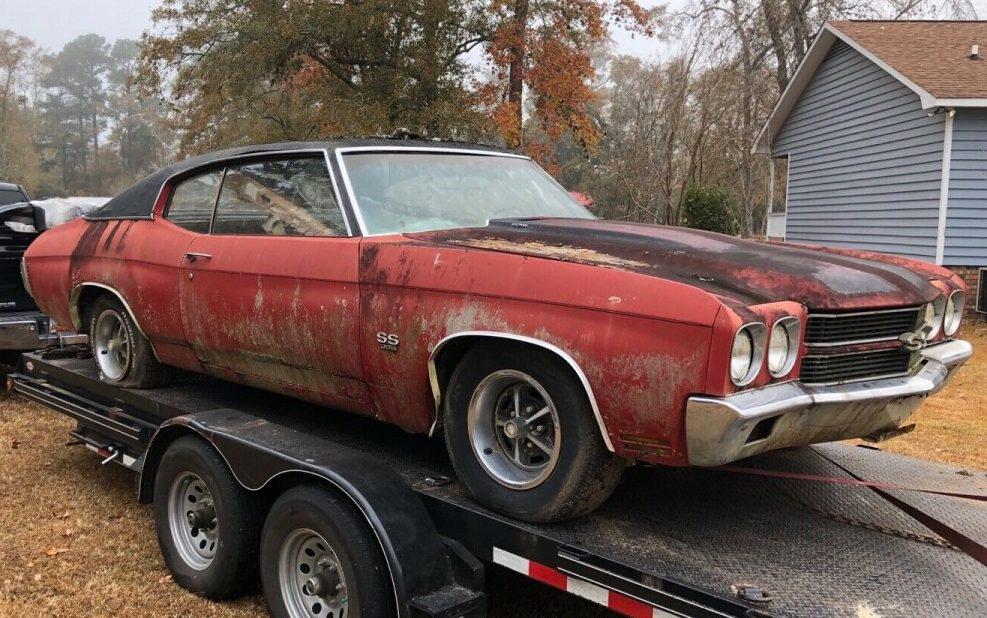 Update 1/12/22 – This Chevelle has been relisted here on eBay with no reserve. Will it end up going for more than the seller’s original asking price?

From 12/9/21 – The 1970 model year was probably the peak of the mid-size muscle car movement. Though an optional package by then, the Chevelle SS 396 still saw the production of 50,000 units, and the detuning process for improved emissions wouldn’t start until 1971. This ’70 SS 396 had the same owner for 45 years before being acquired by the seller and hadn’t moved in some 20 years. It’s going to require a thorough restoration to bring this car back up to the way it was more than 50 years ago. Located in Conway, South Carolina, this Chevelle has been bid to $11,300 here on eBay and the reserve is unmet, but it can be taken home for $20,000 (Buy It Now). 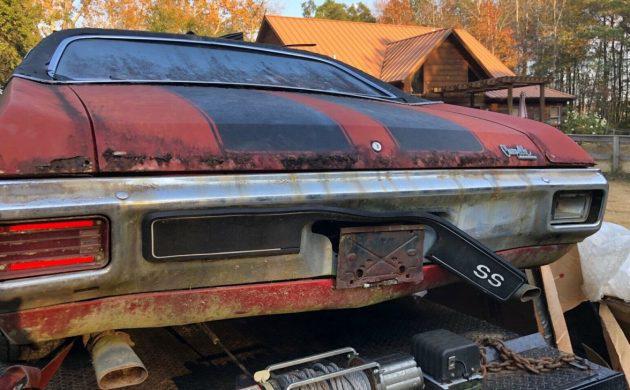 In 1970, when you ordered a Chevelle Super Sport, you went for either the 396 or the new 454. The SS 396 option package came with a 350 hp 402 cubic-inch V8, power front disc brakes, F41 heavy-duty suspension package, wide lettered tires, and a hood with a large bulge in the center that could accommodate cowl induction, if also ordered. The seller’s car may have had it at some point. With induction, the 402 would be good for 375 horses. If original, the motor here would have been paired with a Muncie 4-speed manual transmission. A 12-bolt rear axle was standard with the SS cars. 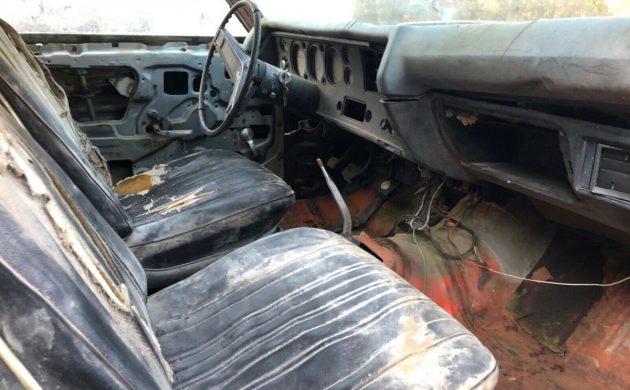 This auto left the factory with Cortez Silver paint and a black vinyl top. Sometime in the 1980s, it received a color change and a repaint to what you see now. Time and exposure to the elements have not been kind to this Chevy, so it’s going to need a lot of sheet metal work, including the roof skin, rear quarter panels, fenders, and the trunk pan. The interior is far from complete and will need a thorough rebuild except for the console as this Chevelle was ordered without one. 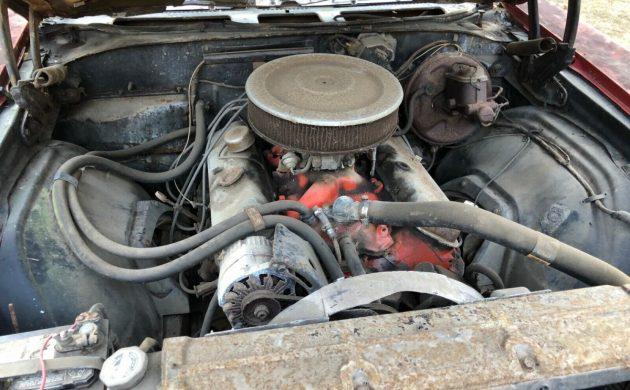 We’re told the motor was rebuilt in 1994 and has seen just 13,000 miles since then (the current total mileage on the car is 222,000). The seller says the engine turns free, but obviously, the car won’t run in its current condition and will have to be towed just as you see in the seller’s photos. A 1970 SS 396 can fetch some serious coin when restored, but this one may have a cost of $20,000 just to have a blank canvas to work with. This won’t be a project for the fainthearted or those with a limited budget.