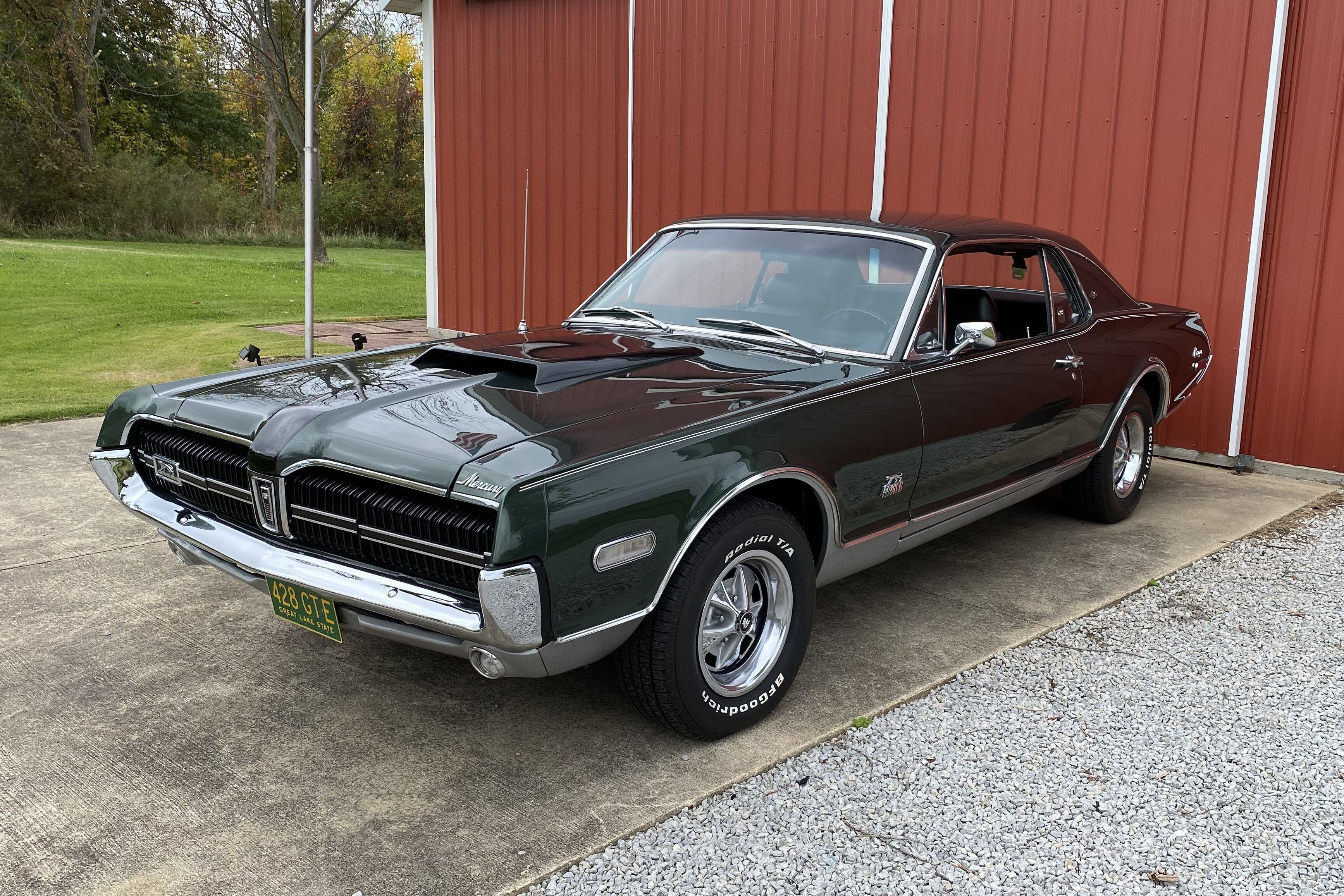 Already the upscale cousin of the Mustang, the Cougar could ladle on the luxury even more via the XR-7 that included leather interior trim, a brace of gauges and toggle switches, walnut grain instrument panel, overhead console, emblems, special wheel covers, and more. For the ultimate sports car experience, however, the new-for-1968 GT-E delivered a 7.0-liter V-8 (427-cu.in.) with a dress-up kit, which was changed late in the model year to the 428 Cobra Jet. The GT-E also included a Select-Shift Merc-O-Matic transmission, “quadruple trumpet exhaust,” upgraded suspension, styled steel wheels with radial tires, and power-assisted steering and front disc brakes. Revised bodywork included new grille and taillight treatments, and a functional hood scoop with the 428.

According to its seller, this restored 1968 Mercury Cougar XR-7 GT-E is just one of 37 GT-Es with the 428 CJ Ram Air engine. He purchased it from a friend and just had to do some finishing work to it himself. He adds that it has date-code-correct block casting numbers, which you can see in the photos. The included Marti Report provides further verification of this car’s pedigree. 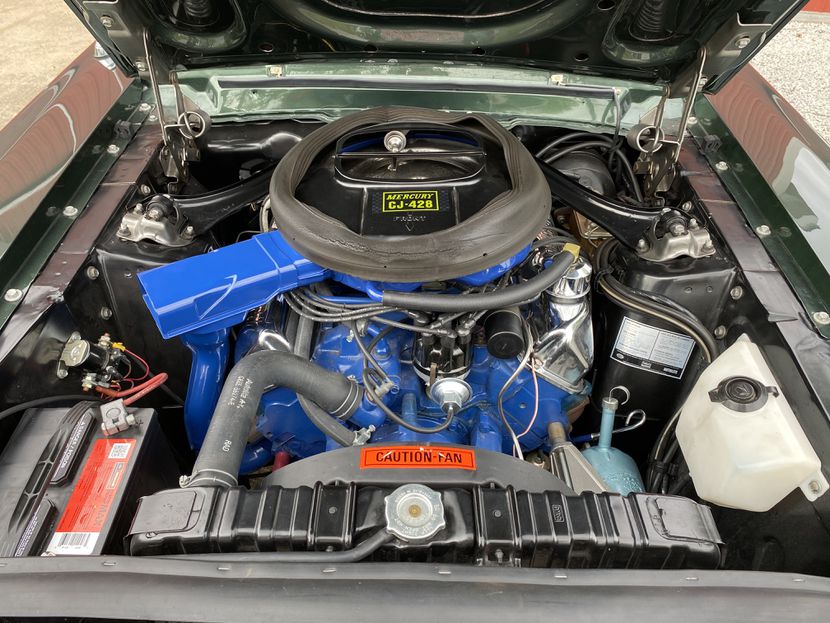 The seller’s friend had the 340-hp 428-cu.in. Cobra Jet V-8 rebuilt and the Cougar sat undriven for 11 years before the seller purchased it from him. He adds, “Pump the gas twice and it starts right up and idles well, and has no leaks or weeps. No cardboard under this car!” The Select-Shift Merc-O-Matic three-speed automatic transmission was recently rebuilt, a shift kit was added, and it “works fantastic,” he says. The 9-inch rear axle features 3.50:1 gears and Traction-Lok. This GT-E left the Dearborn assembly line with an Augusta Green upper body and the requisite “silver-grey” lower body. The seller states that it was repainted 11 years ago, but stored inside all the time, when not in use, and he reports no swirls or blemishes. “Its body is factory correct, except for the lower part of the quarter panels, which have been replaced with reproduction repair panels.” He reports that the glass is good, the seals don’t leak, and the lighting works, including the sequential turn signals. “Brand-new authentic reproduction black leather” with vinyl trim interior, and a new carpet and headliner were installed, per the seller, who adds that all the interior lighting is present and operating. He also relays that the original AM radio works, as do the factory gauges and clock, except for the ammeter. The car also includes rare accessory headrests according to the seller. According to the seller, brand-new BFGoodrich Radial T/A tires are balanced “perfectly” on new styled-steel wheels, and the front end was aligned when they were installed, so he states the GT-E “drives straight.” Its shocks are reported to be new, its power-assisted steering doesn’t leak, and the Cougar “stops well.” 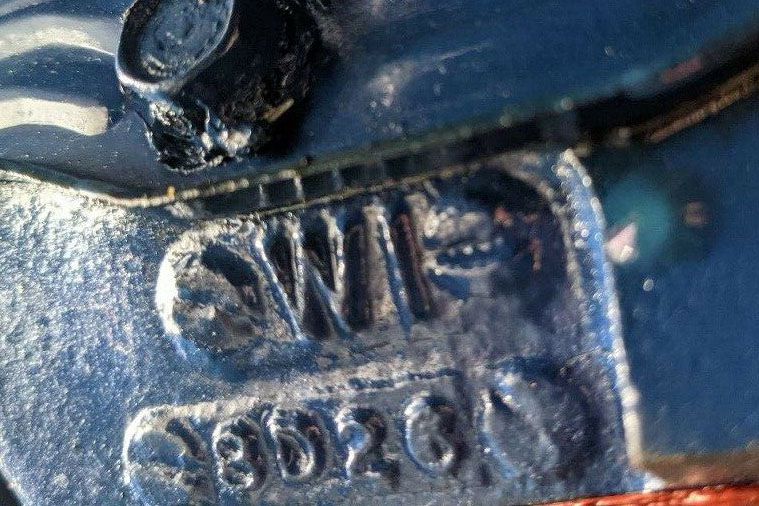 The seller states that this vehicle will be sold on a clean Michigan title in his name. Additional documentation includes the framed Marti Report. Performance and luxury are apparently personified in this rare, 428 Cobra Jet-powered 1968 Mercury Cougar XR-7 GT-E, which is “ready to go to a new home.”