The Corvette Corvair was one of the prototypes debuted during the 1954 Motorama. … Air intake ribs on the hood and fender vents were alterations from the C1 Corvette’s now-familiar front end and helped dissipate heat from under the hood. 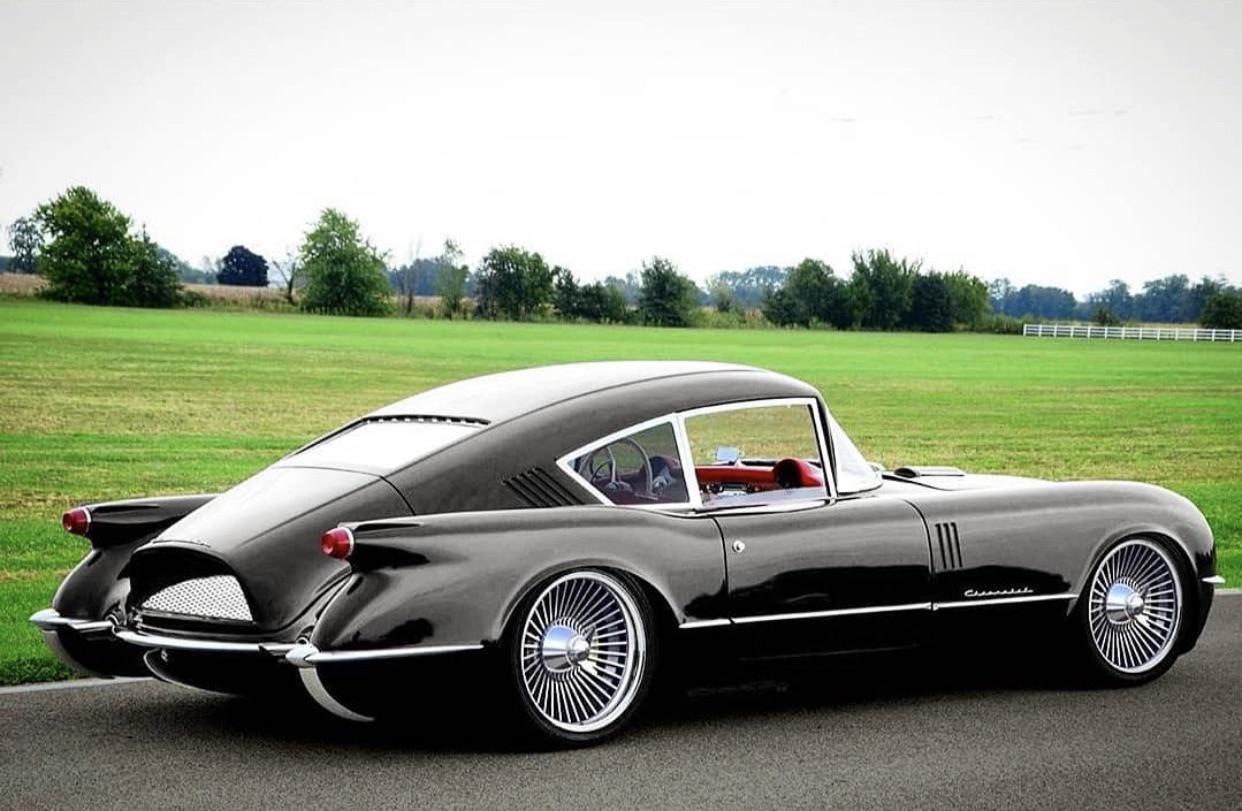 Chevrolet introduced their Corvette Corvair Concept at the 1954 GM Motorama in New York City. The 2-door fastback had a Corvette front end, a wrap-around windshield, and design details in the back that resembled a jet-fighter exhaust port. The chopped-off tail was influenced by European designs. The roof was aircraft-inspired, sweeping back and tapering gracefully into the rear design. The roof also gave a glimpse of the quarter window and C-pillar treatment of the 1958 Corvette.

The powertrain and chassis were courtesy of the Corvette. The 1954 Corvette had a 102-inch wheelbase, a 2-speed Powerglide transmission, and a six-cylinder 235.5 cubic-inch engine offering 150 horsepower.

Inside, the seats had the production fiberglass divider between them, in a similar fashion to the stock Corvette roadster. Much of the interior was largely stock, and the roof appears to have been grafted right on to a production Corvette. There was no storage behind the seats. Even though the car had a fastback design, it did not alter the Corvair Concept’s interior layout.

For 1954, sales of the Corvette were slow and its future was in question. Thus, management decided not to put the fastback coupe concept into production. The Corvair name, however, would be later used on the 1960 Corvair rear-engined compact car.

The original 1954 Corvair Concept was crushed in the period, so an authentic restoration, using an original 1954 Chevy Corvette chassis, was created.