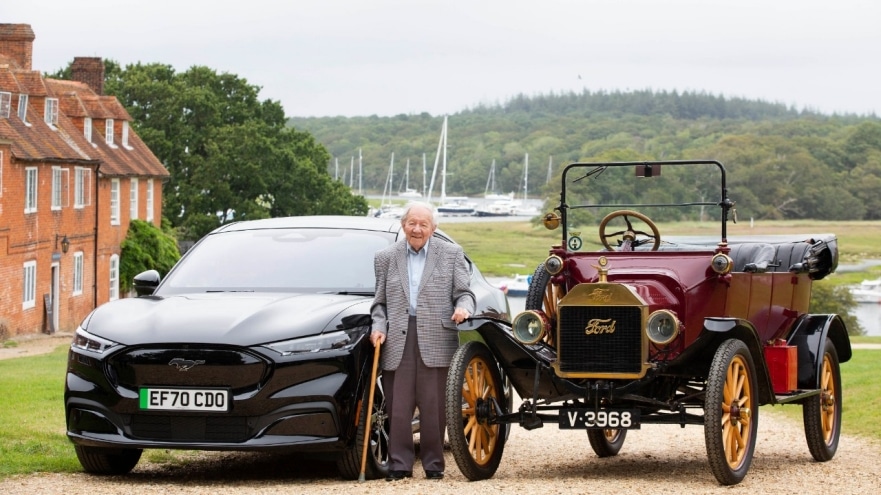 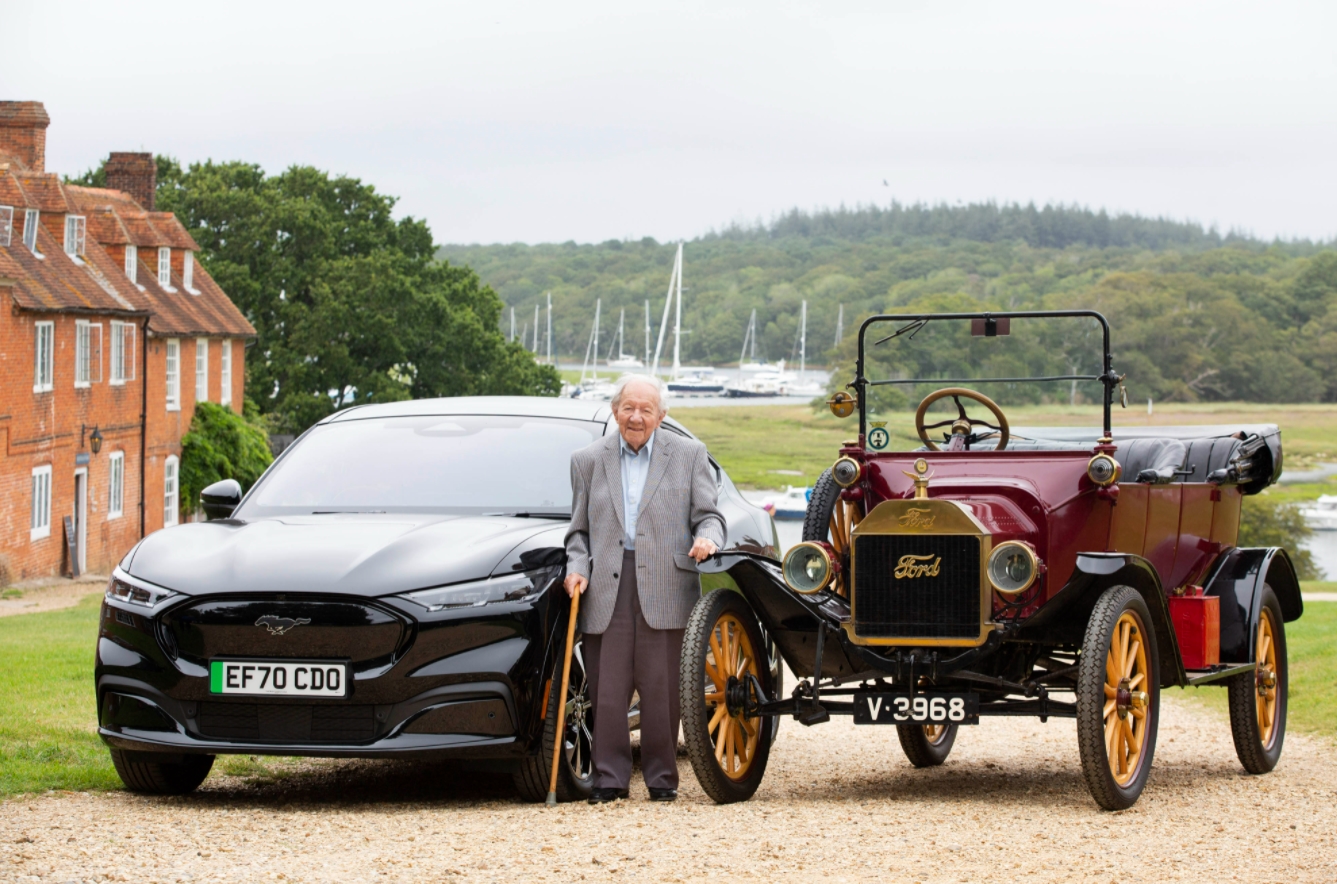 Born in 1920, Harold Baggott, had his first taste of getting behind the wheel of the Model T aged 10, driving the family’s milkman’s delivery float on a farm. He went on to get his license in 1936 (the first year they were introduced), and purchased his first car, a Ford 8 Popular in 1937 for £100 and a Ford Anglia the next year.

Since then the family has owned 20 Fords privately, as well as Ford commercial vehicles in chassis form, converted into coaches for a fleet of 140 run by their travel and coach business.

Mr Baggott was reminded of his Model T experiences with rides in a 1915 model from Ford’s heritage collection, before moving bang up to date and behind the Mustang Mach-E’s steering wheel. 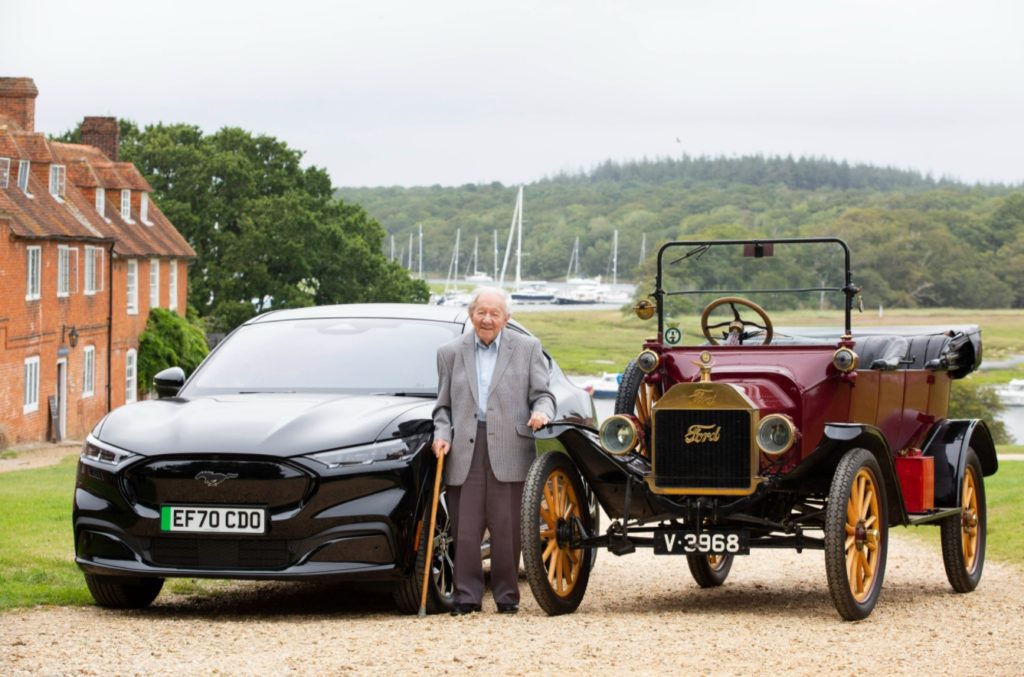 Driving 15-year-old Felix, who has ambitions to be a racing driver, and his 12-year-old brother Charlie, three miles from Beaulieu to former shipbuilding village Bucklers Hard, Mr Baggott was struck by the quietness of electric motoring. 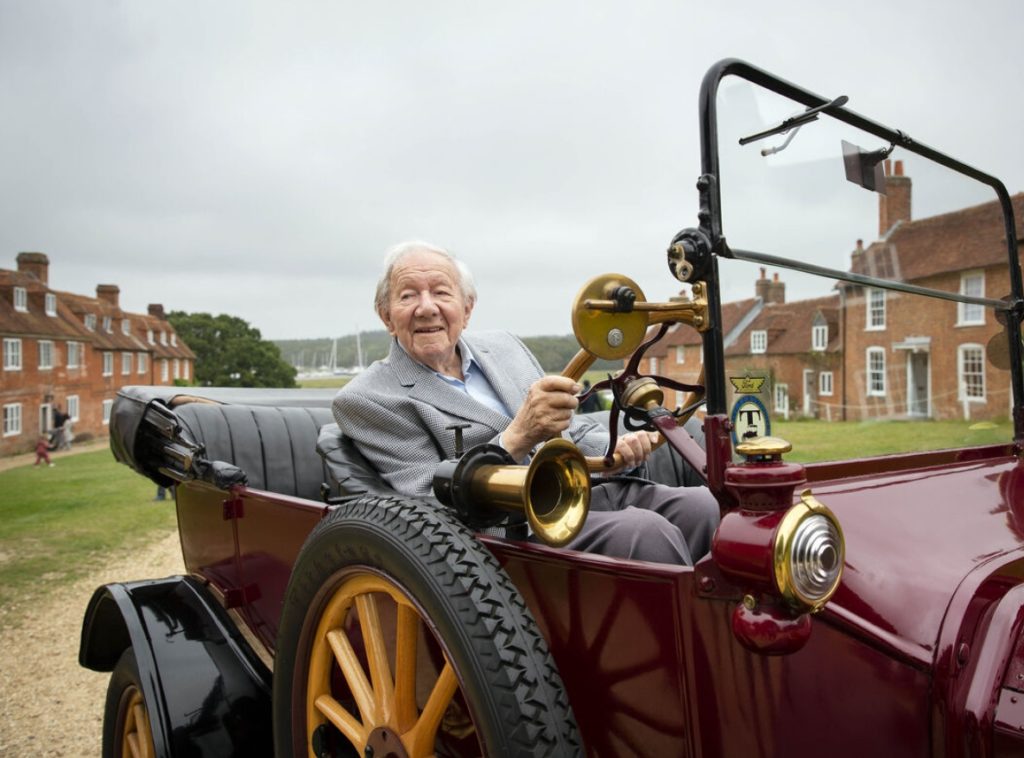 He said: “Since the age of 10, I’ve retained my interest in motoring and today find myself interested in the switch to electrification following the government phasing out the traditional combustion engines I’m used to. I have reminisced about my driving history with the Model T and seen what the future has in store. It was exciting to get behind the wheel of what I expect to see my great grandchildren will be driving.” 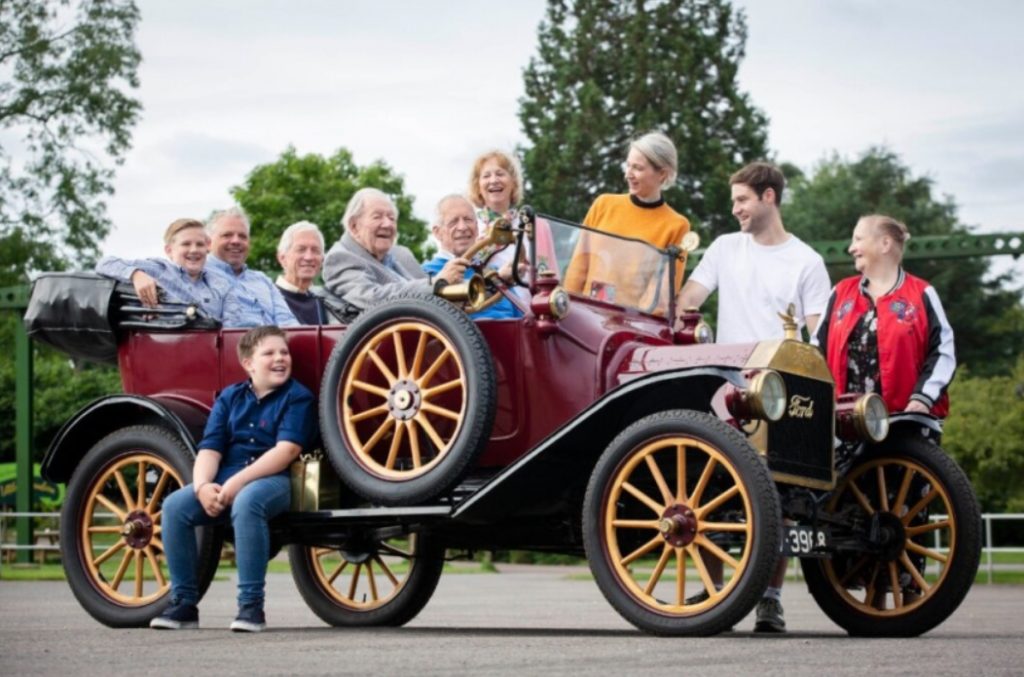 The Mach-E is Ford’s first all-electric SUV on sale now, with a maximum electric driving range of 379 miles.