1970 Chevelle SS454 sitting in its resting spot of nearly 40 years. The collapsed roof of the barn was carefully eliminated in small increments to ensure the Chevelle was removed safely.

Original assembly-line chalk marks on the firewall indicating RPO M22 manual transmission, Z15 SS454, and D88 hood and deck stripes. It must be noted that these markings were done prior to the application of the paint to the firewall and were painted over. These markings bleed through over time as the firewall paint fades.

After the Chevelle was successfully removed from the barn, the original assembly buildsheet was found and carefully removed from the inside of the passenger-side door panel. According to the buildsheet, the car was scheduled to be built on January 29, 1970 at the Lakewood Plant in Atlanta, Georgia, and sold new at Graham Chevrolet in Mansfield, Ohio. 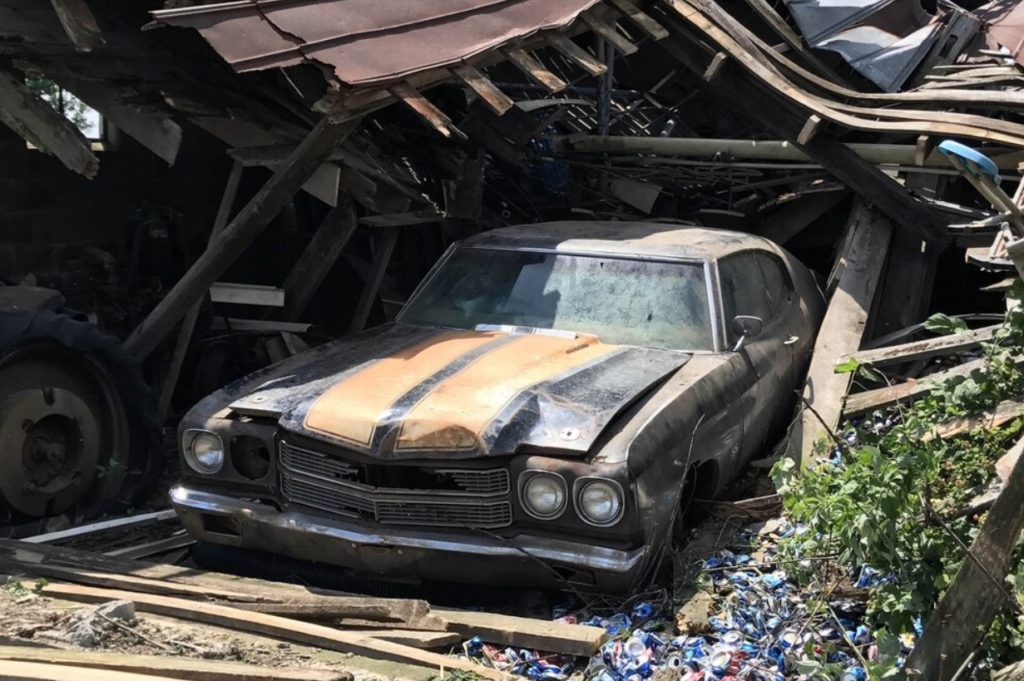 Original black bucket-seat interior as it currently appears after nearly 40 years in a barn. The original manual-transmission crossmember is behind the bucket seats. 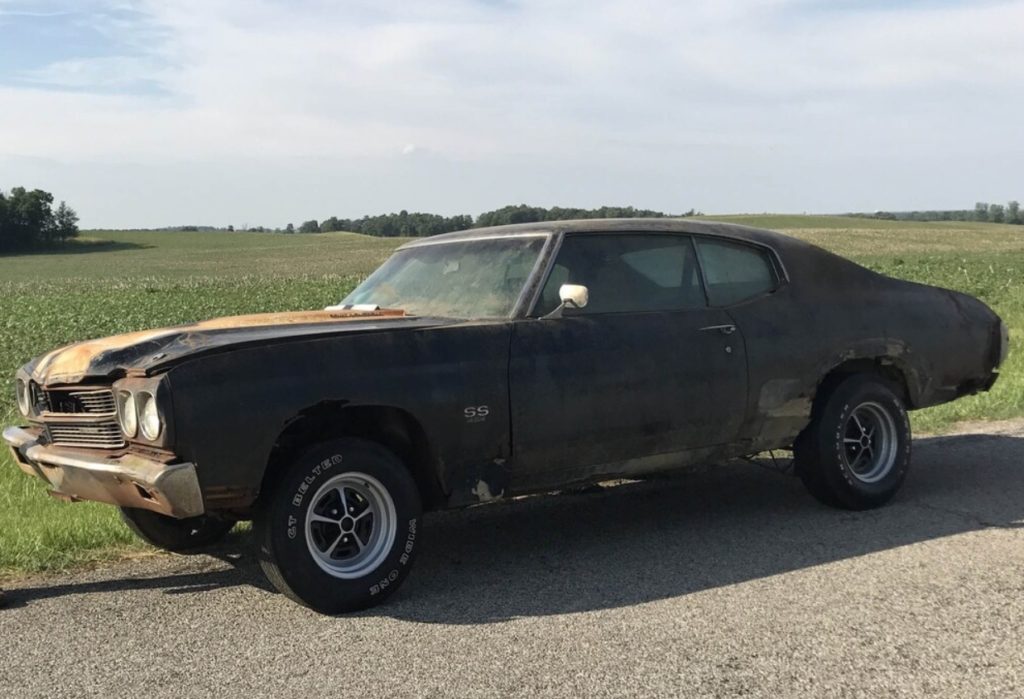 The collapsed barn as it appeared after the successful removal of the Chevelle Supercar. We’re thankful another barn find has escaped total demise and will be returned to the streets.

1970 Chevelle SS454 sitting in its resting spot of nearly 40 years. The collapsed roof of the barn was carefully eliminated in small increments to ensure the Chevelle was removed safely. 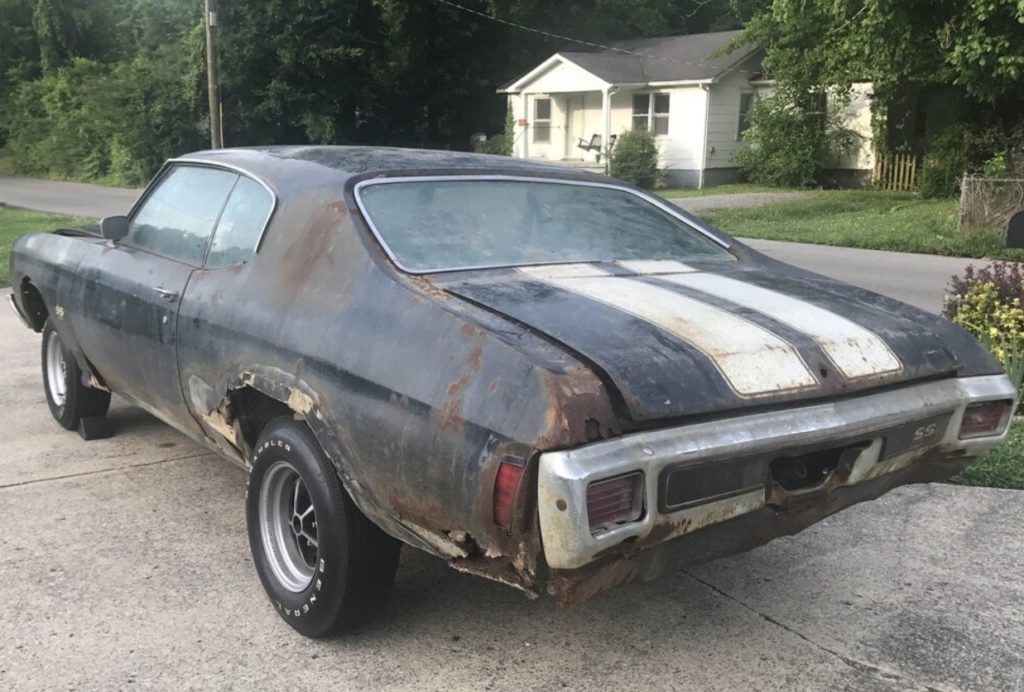