LS9 Swapped (1959) Impala Mélts Our Hearts and Steals our Spòuses…

Its creators at Timeless Customs of Camarillo, California, managed to create a build that’s as striking and beautiful as it is functional and powerful. There’s so much to unpack with such a phenomenal restomod that we best get cracking. Firstly, the heart of this true to form American muscle car is the 6.2 liter LS9 V8 famous for powering the iconic Corvette C6 ZR1. 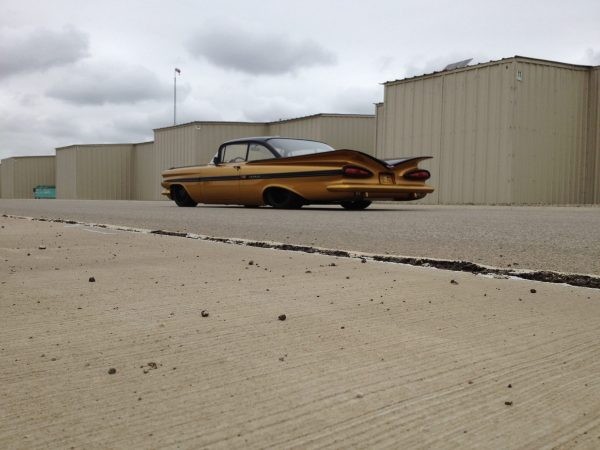 638 horsepower to the tires must not have felt like enough. So they gave it a light sprinkling of muscle car fairy dust, courtesy of Lingenfelter. One of the premiere GM engine performance tuners in America. This figure will, of course, depend on which of the Lingenfelter tuning packages the shop opted to choose.

Additions such as Lingenfelter’s high flow supercharger air intake, camshaft, and pully upgrade would help boost these figures if they were confirmed to be included on the base engine package kit. Unfortunately, the official website for this car’s home shop doesn’t give any concrete power information. 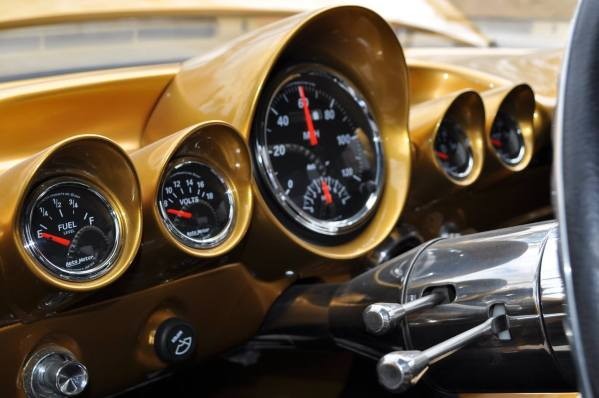 We can deduce, but not assume, that power figures should be between 710 and 750 horsepower and between 680 and 730 lb-ft of torque, depending on whether the Lingenfelter 710 or 750 kits were chosen. Elsewhere, power is fed through a TR6060 six-speed manual transmission to a four-link aluminum driveshaft and a dependable Ford nine-inch rear axle with 3.73 gears. The car sports QA1 adjustable shocks, Firestone airbags, and a four-link rear suspension with slotted Brembo disk brakes all around. 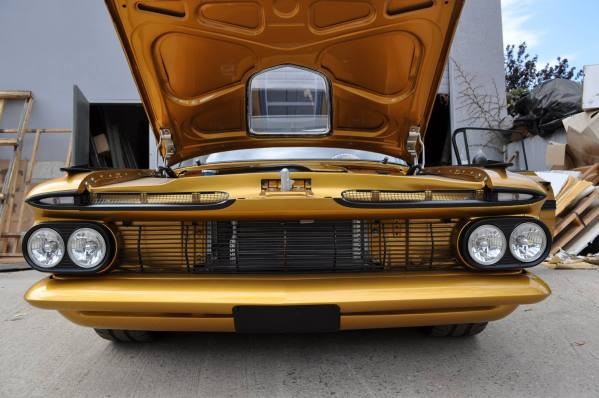 So then, this build isn’t an all-show, no-go type of restomod. There’s enough power under the hood and enough tech in the suspension to keep up with most sports cars on sale today. No, this Impala is not for sale. But given the time and effort that went into the amazing two-tone paint job, powdered black wheels and matching custom interior make this an easy six-figure deal all day long. So go make your own if you want an experience at least half as authentic.