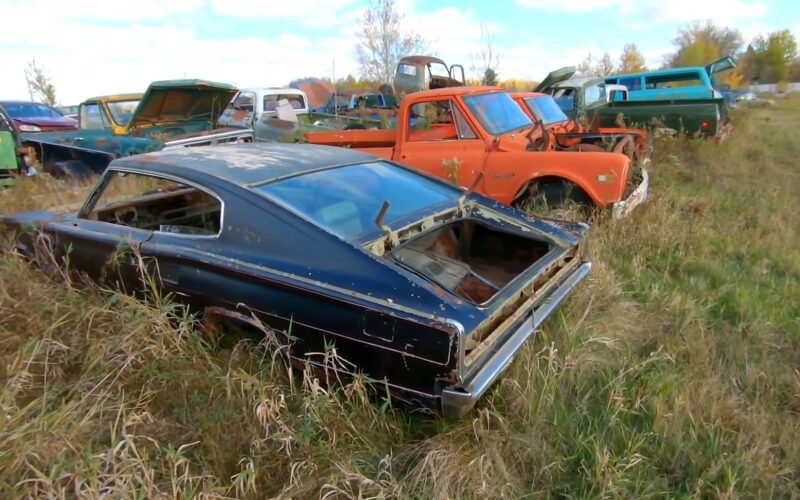 Do you know how forest junkyards can be creepy due to eerie lighting and an unsettling silence? Well, field junkyards won’t make you feel like you’re about to be chased with a chainsaw, but it’s quite a depressive sight as far as cars go. That’s because they’re completely exposed to the elements and usually rot beyond recognition in just a little more than a decade. 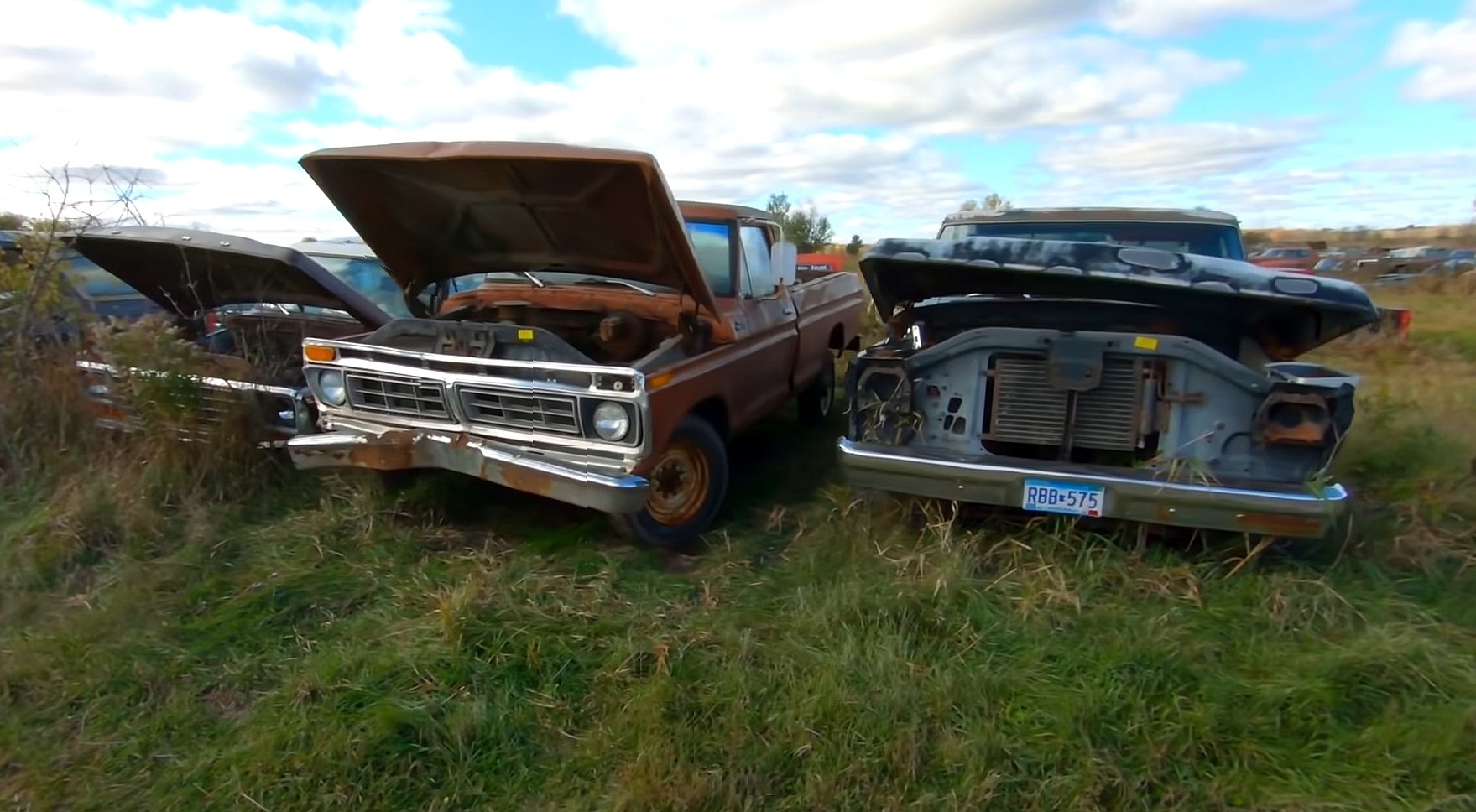 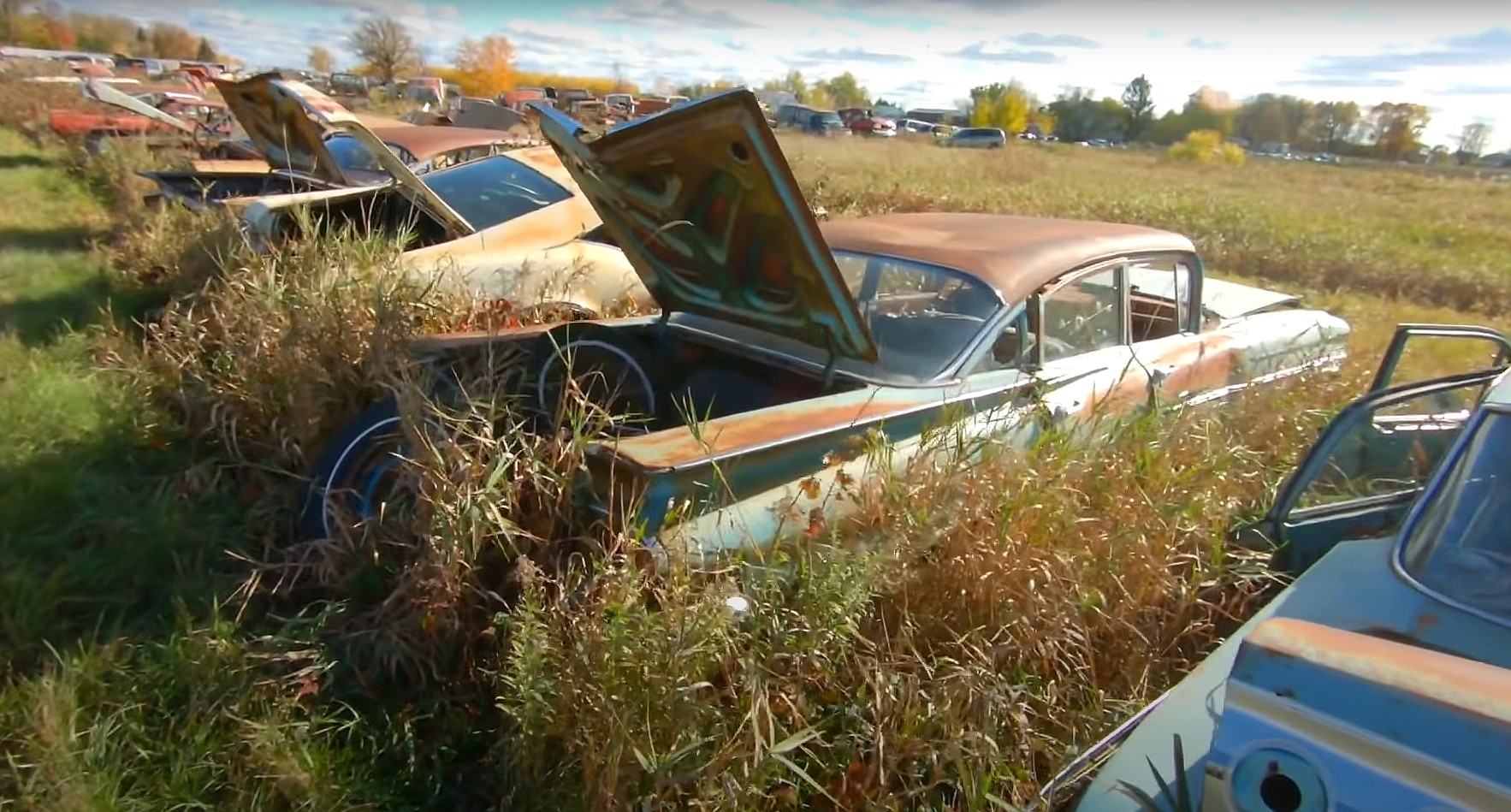 Documented by YouTube’s “IowaClassicCars,” this junkyard is one of those places that’s packed with hundreds, if not thousands, of classic cars, but most of them have been ruined beyond repair by sitting outside for decades. Not only that, but they’re also almost entirely covered in overgrown weeds, so their best hope is to become donor cars. Like the 1959 Chevrolet Impala shown at the beginning of the video.

The sad thing about this place is that it includes quite a few appealing classics, cars that would cost a lot of money in good condition. The two-door Chevy you’ll see in the first few minutes is just one of many Impalas abandoned on the property. Most of them are desirable 1960s models in both two- and four-door body styles, and there’s at least one example from each model year from the era.

And, of course, the junkyard is also packed with Tri-Five Chevys. These were so popular back in the day that Chevrolet sold a few good millions of them. Sadly, while they’re popular among classic car and restomod enthusiasts, they’re also a common sight in junkyards like this one. 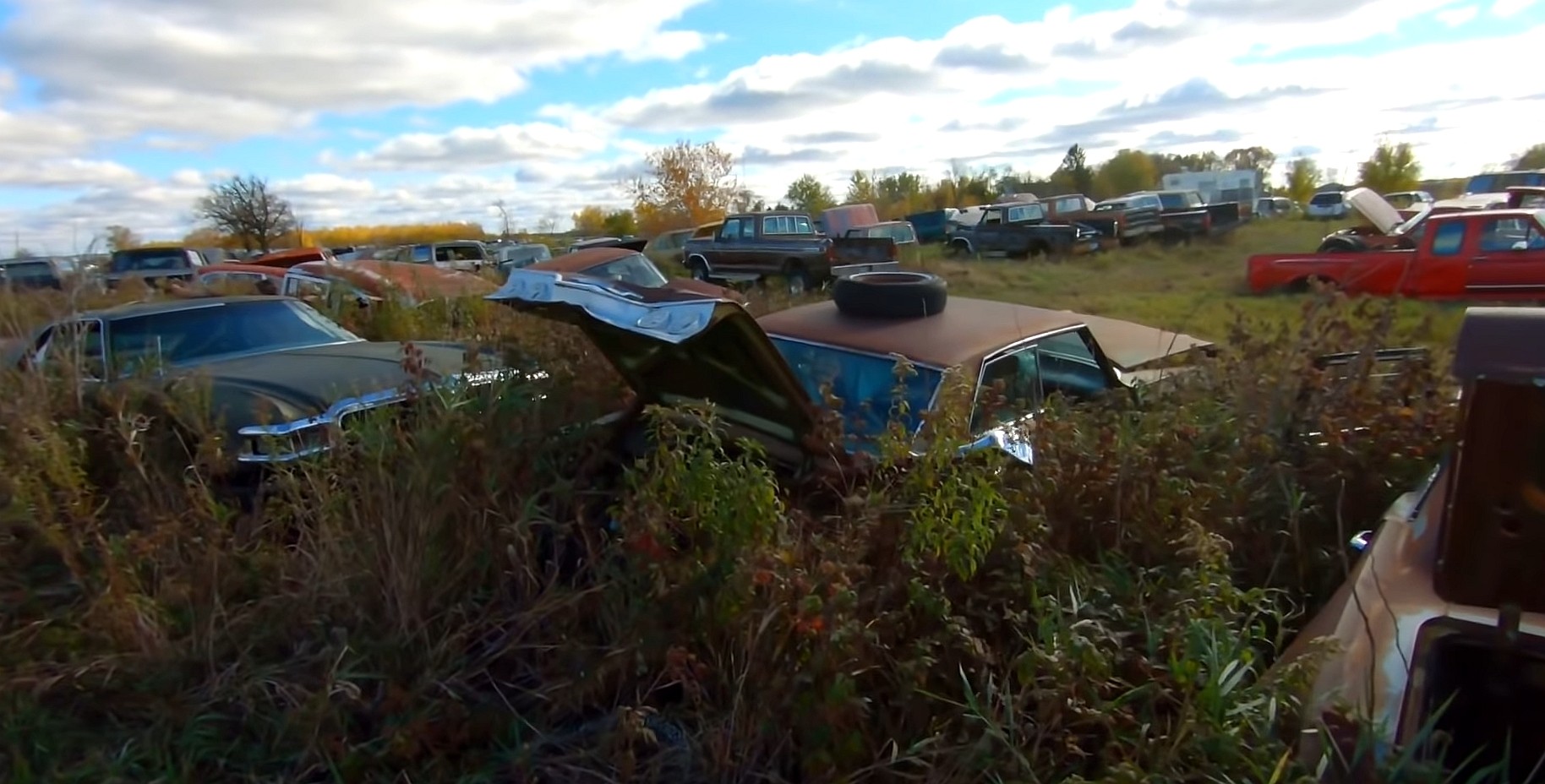 I also spotted at least a dozen first-generation Mustang, including what appear to be early hard-tops from 1965 and 1966. And speaking of Fords, there are even more F-Series pickup trucks from the 1970s and 1980s, including a cool camper conversion. If you’re into Broncos, you’ll see at least a couple of first-gen models and quite a few more second- and third-generation haulers.

The list goes on with second-gen Chevrolet Camaros, 1980s F-body GMs, and all sorts of Ford sedans from the 1970s. These aren’t particularly rare, but there’s also a 1966 or 1967 Dodge Charger and an early 1960s Studebaker four-door. Too bad they’re in really bad shape because these cars need to be in a museum or at classic car shows.

Anyway, it’s an interesting place to be in if you’re into rusty old cars, so be sure to take the full tour to discover some of the gems abandoned on the field in the video below.