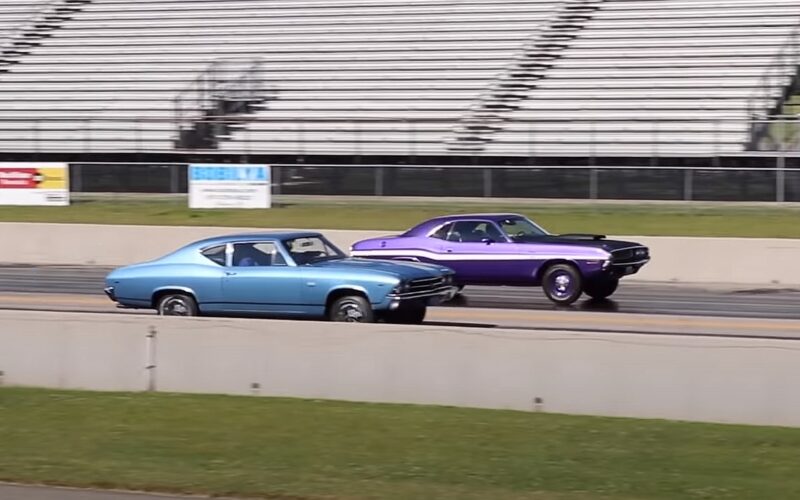 The Chevrolet Camaro is GM’s most celebrated muscle car from the late 1960s, but the Chevelle is nothing to sneeze at either. Also offered with big-block engines, the midsize was just as capable at the drag strip. And this classic drag race between a 1969 Chevelle and a 1970 Dodge Challenger R/T proves just that.
The Chevelle in question is an SS396. If you’re familiar with GM badges from the muscle car era, you probably already know this means there’s a 396 L89 V8 under the hood. That’s a 6.5-liter big-block rated at 375 horsepower and 415 pound-feet (562 Nm) of torque back in the day. This L89 also came with aluminum heads.

Fitted with a three-speed automatic transmission, the 3,690-pound (1,674-kg) coupe was originally tested in the low 14s at the drag strip. Does it have what it takes to win against a 1970 Dodge Challenger R/T? 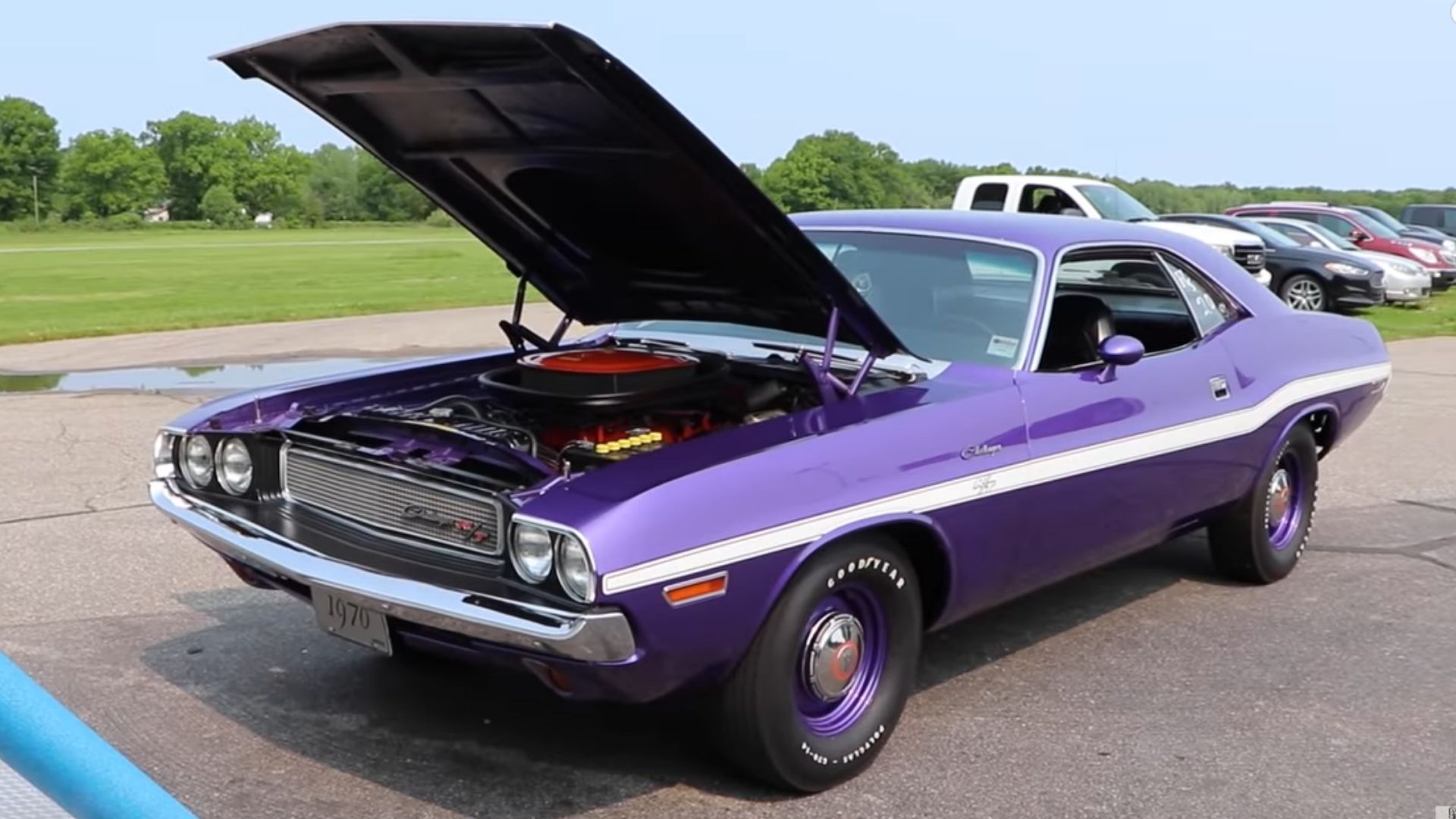 But things are a bit different now. Both cars are notably faster down the quarter-mile, and the result is a bit surprising compared to period testing.

Drag race aside, both cars are fine examples of properly maintained classic muscle cars with shiny paint jobs, perfect chrome, and clean engine bays. The metallic blue paint on the Chevelle is gorgeous too, but nothing beats a classic Mopar in Plum Crazy.