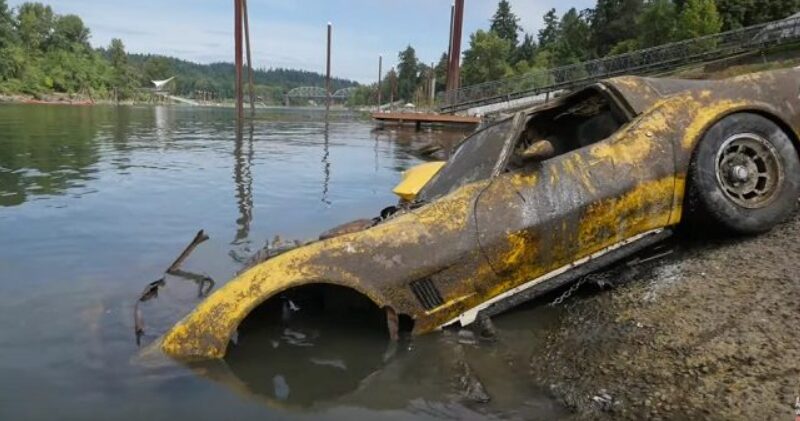 Seeing a car which has been dumped in a body of water for a long time, like this Corvette which sat in an Oregon river for decades is always fascinating.

In the included video you will get to see a specialized scuba team working with a tow truck and  are able to extract the Chevy from its watery grave, removing a hazard to fish, boaters, and everyone living downstream.

The yellow Corvette doesn’t look so bad as it was pulled from the water thanks to the fiberglass body. But probably the frame is like graham crackers now, which is probably why the rear and front ends started to disintegrate before they could get the Chevy onto the tow truck. 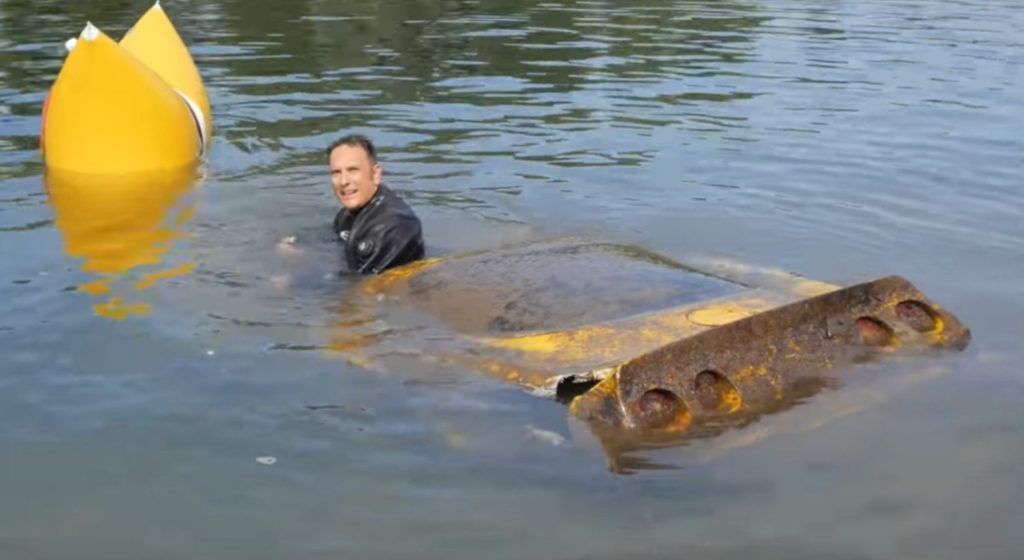 Majority of time we don’t understand how the cars found under water are there in the first place,  some people speculate the reason is insurance fraud, and that’s probably the case many times, but not always anyways.

As detailed in the video, this Corvette was reported stolen and the man who owned it doesn’t  live in the country anymore. This might have been a case of insurance fraud, but it also would have legitimately been stolen, used to commit a crime or multiple crimes, and then got dumped. Probably we will never know the whole story. 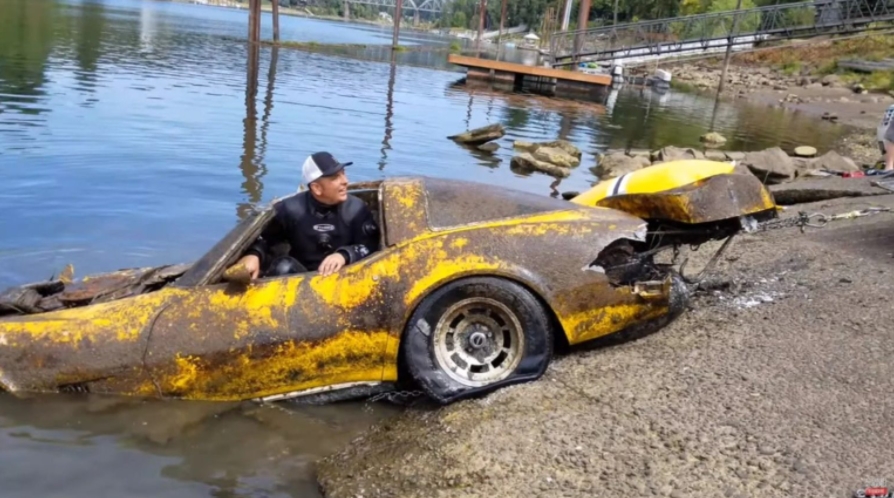 The Corvette was found by a boat launch in the Willamette River in the Portland, Oregon area. The team which generously extracted it is Adventures With Purpose.

The group works with two truck companies and city crews to remove cars sunk in bodies of water all over the United States.

This group makes one feel like a car recovery is easy but it’s truly not.

A week before another team tried to recover this Corvette, but failed miserably, only tearing off a front wheel without budging the rest of the car.

The stores these cars could tell if they could talk.