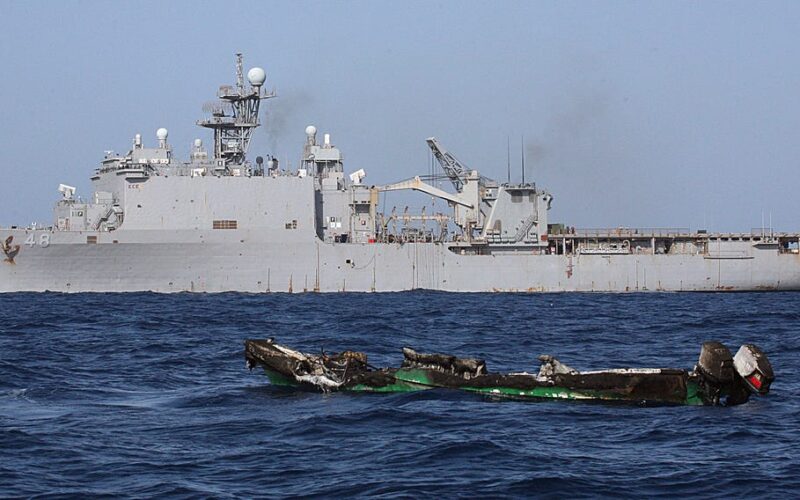 Remember when Somali pirates made headlines for seizing an oil tanker? That batch of Somali pirates was pretty smart. Others have managed to be very dumb. How dumb were they? Well, some pirates tried to hijack a pair of U.S. Navy warships.

According to a United States Navy release, on March 18, 2006, the Ticonderoga-class guided missile cruiser USS Cape St. George (CG 71) and the Arleigh Burke-class guided missile destroyer USS Gonzalez (DDG 66) were patrolling off the coast of Somalia as part of Task Force 150 to deter piracy. During their patrol, they were approached by a vessel towing a number of skiffs.

A boarding party from the Gonzalez was sent to investigate, but noticed a number of people were brandishing rocket-propelled grenade launchers.

The pirates on board the skiffs then opened fire on the Cape St. George, inflicting minor damage.

The Cape St. George and the Gonzalez, as well as the boarding party, proceeded to return fire, using what a contemporary CNN.com report described as “small arms.” The main pirate vessel was set afire and sank. Two smaller skiffs were captured, along with 12 pirates and one body. A Somali pirate group would claim that 27 “coast guardsmen” had been sent out.

The Virginian-Pilot reported that the wounded were first taken to the amphibious assault ship USS Nassau (LHA 4) for treatment. The pirates who survived this near-catastrophic failure in their victim-selection process were eventually released and repatriated back to Somalia.

Four years later, the guided-missile frigate USS Nicholas (FFG 47) also came under attack, according to a CBS News report. The BBC reported that five captured pirates were given life sentences for piracy.