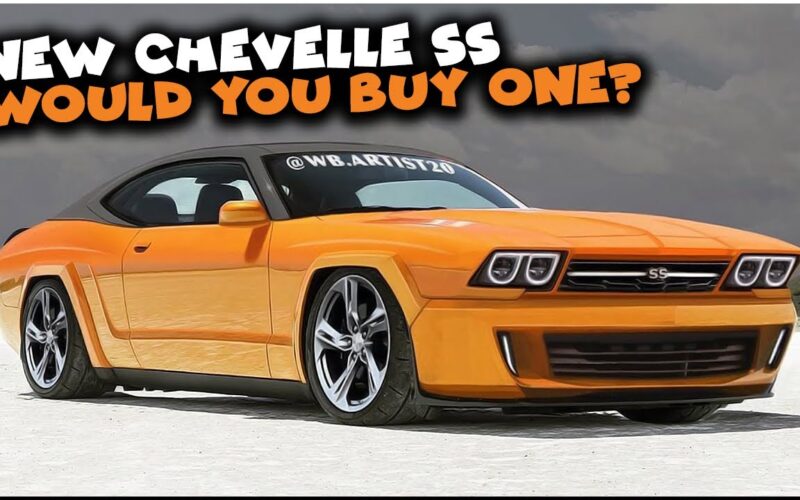 Over the years, we have seen some pretty awesome designs come to life when automotive manufacturers have looked to revive retro models. For example, when the most recent Dodge Challenger came back to life, I think that a lot of muscle car fans couldn’t help but be amazed at exactly what it was that Dodge accomplished.

Dodge isn’t alone, though, as all of the big three have gotten in on bringing back retro designs and giving them a little bit of modern flair.
There are some nameplates that remain, though, that have yet to have been brought back from the automotive graveyard. At the end of the day, with nameplates like the Chevrolet Chevelle, we can’t help but feel like it would be better off left alone if the brand behind it doesn’t have an awesome plan for revival. At the end of the day, reviving a name without a good plan can end up with, well, something like the attempted Dodge Dart return that was nothing more than a Dodge Neon knockoff.

This time, though, we check in with a rendering from artist, Oscar Vargas AKA @WB.Artist20 on Instagram. In his latest rendering, the topic of discussion was a Chevrolet Chevelle. Vargas started from a 1969 Chevelle because he says this year would’ve been the most difficult to modernize.

By following along with the video below from Brian Mello, we go over the design from top to bottom that has brought back some of the iconic styling cues and modernized them just a little bit. Throw in some LED lighting and you have yourself a modern rendition of the Chevelle that we could very much see rolling around on the streets. It seems pretty unlikely that the Chevelle will make a return at this point but it’s fun to dream, right?