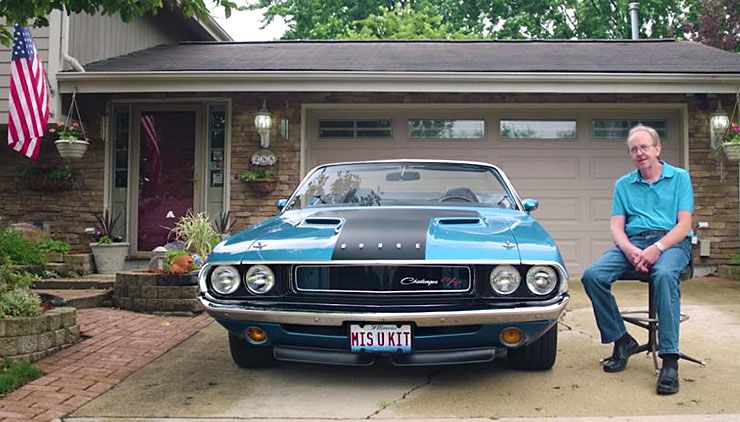 Veteran gets his 1970 Dodge Challenger R/T restored by his kids in memory of their late mother after the car had been sitting in the garage for 40 years!

This is the story of Richard Schmidt and his beloved 1970 Dodge Challenger convertible and the amazing story behind it, and the underlying history that makes it such a prized possession for Richard and his family.

The car served as the ultimate cruiser for Richard and his late wife Kitty, though soon its needs were overshadowed by the needs of their growing family, and as life went on, the car fell into disrepair and sat for over 40 years.

Sadly, his wife passed away from breast cancer without ever seeing their beloved Challenger put back on the road. His kids knew that something had to be done. They arranged for the car to be restored and even set up an unveiling at a muscle car expo.

Richard’s story is proof that despite the ways life sometimes kicks you around, being surrounded by people who love you is enough to move mountains. It’s true proof that cars can become more than just steel; they become family.

A custom license plate in memory of his wife Kitty tops off the restoration.

What a car, and what a story. Grab some tissues and watch the video below because you’re gonna needs ‘em for this one.