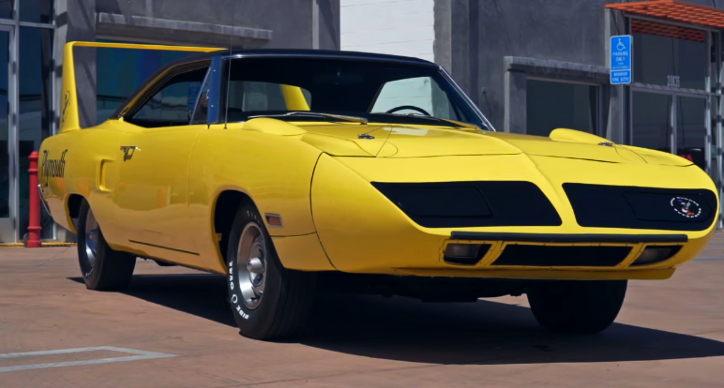 While the guys at Fusion Motorsports build some radical muscle cars, they acquired this 1970 Plymouth Superbird already restored and have no plans to let the Winged Warrior go. It’s a major part of American automotive history and when you work on classic cars for living, it makes sense to own one.

This particular Plymouth Superbird has the least desirable 440 4-barrel engine paired with automatic tranny, but it’s a numbers matching powerplant with Richard Petty’s signature on the air cleaner. And if you think about it, it’s still a Big Block 440 V8 with plenty of power and torque to get that Mopar moving.

Check out AutotopiaLA’s video to see this 1970 Superbird cruising on the street.