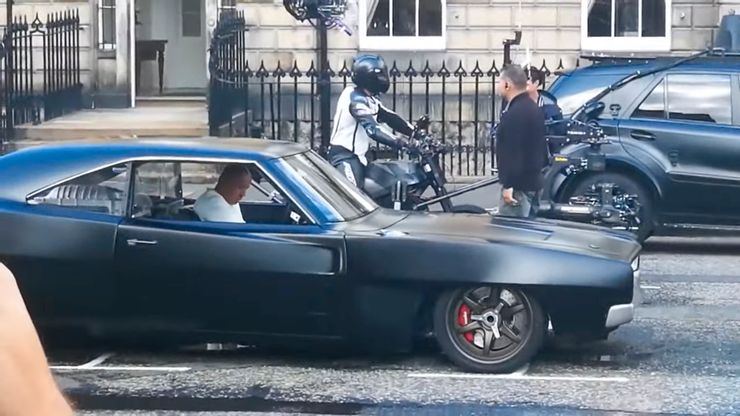 Dom Toretto, Vin Diesel’s muscle-bound character from the Fast and Furious franchise, has always been into his muscle cars. Being more specific, the Dodge Charger has always been the petrol head’s trusty partner to help get him through thick and thin as he fights against gangs, hackers, and gun-wielding maniacs.

Now, Dom’s car has been spotted on the Fast 9 set, and boy is it interesting. It features a mid-mounted engine of unknown origin, a very fancy wide body, and a company name with plenty of credit behind it. It was built by Speedkore Performance, who have sen huge success at SEMA with a carbon fibre bodied Charger which was also featured on Jay Leno’s YouTube channel, Jay Leno’s Garage.

Speedkore said the following about the Evolution Charger:
“Instead of it being kind of old hot-rod philosophy where you buy a metal car, and you cut it and bondo it, and do all these things to it; [for] this we have molds made so that every part is carbon … It doesn’t rust, it doesn’t dent,” he said. “We 3D printed a lot of things, so the air intake is 3D printed. All this was done in CAD.”

If Dom’s car history is anything to go by, then his car will be producing close to four-figures in horsepower. Of course, it’s highly unlikely that the thing will be producing that much in real life. I’d be interested to know if it is actually mid-engined in real life, too, or whether that power house you can see sat on the back seats is just for show.
How will it be used by the quarter-mile king? Well, you’ll have to see the film when it’s released June 25th.