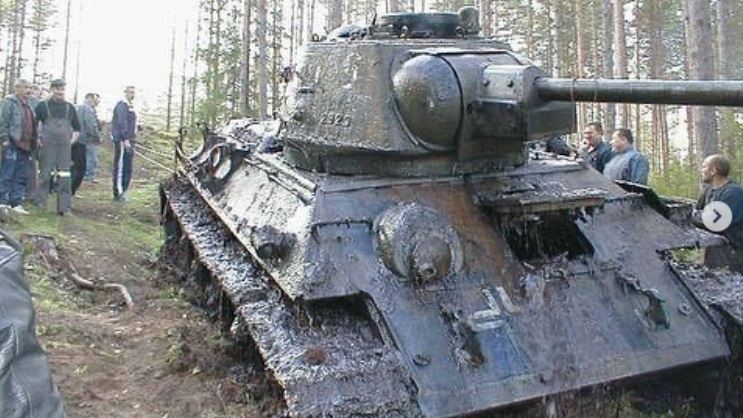 A Russian T-34 discovered buried in a peat bog in Northern Estonia in 1999. The tank was found in absolute pristine condition, and bore German markings, leading to the conclusion that at some point in it’s service life it was captured and put into service in a Panzer division and redesignated Beautepanzer Panzerkampfwagen T-34 747 (r).

It is assumed that the tank either was stuck in maneuvering or was abandoned during a retreat from the region, as there was no sign of damage.

After the two weeks it took to unearth the tank, it was sent to a restoration facility. During this process, restorers found there was still 116 live rounds inside, and that all systems were in working order and rust free.

After a thorough cleaning, the restoration crew was even able to start the engine.