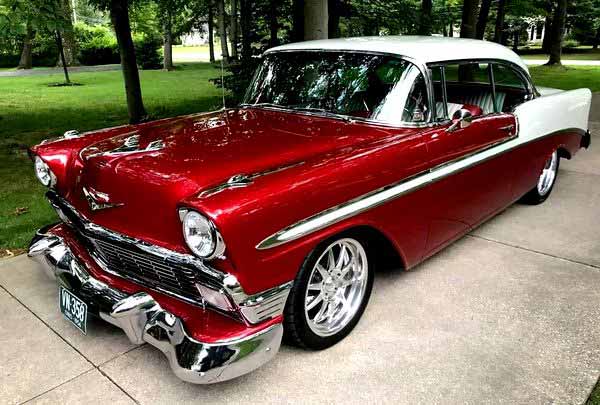 In next week’s episode, Jay looks back at a classic episode celebrating cars built in America. Watch as he takes a ride in a 1956 Chevy Bel Air with Mike and Molly star Billy Gardell! Then, don’t miss “Jay Leno’s Garage America’s Toughest” Wednesday at 10P ET on CNBC.

ABOUT JAY LENO’S GARAGE ON CNBC
Hosted by legendary comedian and “Tonight Show” host Jay Leno, the series explores our obsession with all things automotive. From classic cars to supercars and everything in-between, Jay is hitting the road to discover the most exciting, weird and wonderful vehicles ever made and meet the passionate people behind their wheels. Each one-hour themed episode features a mix of stunts, challenges, reviews, and celebrity interviews that showcases the colorful history of the automobile. Whether he’s exploring the story of an iconic brand, road-testing the newest super car, or investigating the latest automotive innovations, there is no wheel Jay won’t get behind to tell the story of our love affair with the car.