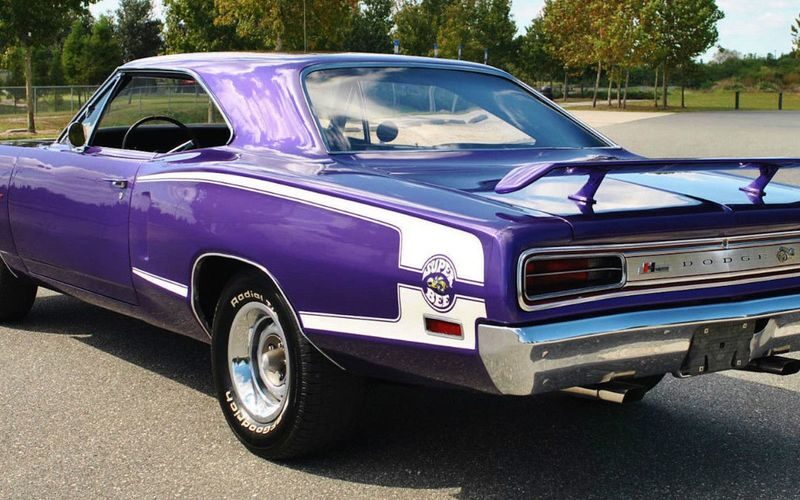 Built to be in a class of its own, the Dodge Super Bee set new standards among muscle cars and remains a true classic today.

When the Dodge Super Bee arrived in 1968, it was inspired by another Dodge vehicle, the Coronet, and it was headed for direct competition with Plymouth’s counterpart, the Road Runner. The first two years of the Super Bee received mild fanfare, but a drastic makeover for the 1970 edition and all subsequent model years gave it more attention. The Super Bee was more of a classic car by that point, thanks to its revamped functional interior and aesthetically pleasing exterior. It was known as a “muscle car,” which refers to high-performance American coupes that may or may not feature both a rear-wheel drive and a high-displacement V8 engine. Throughout its history, Dodge produced only 33% as many Super Bee cars as Plymouth produced Road Runners, making Super Bees a little more prized. After 1971, Dodge retired the Super Bee format in favor of the charger, but a few years into the 2000s, a new generation of Super Bees has revived the name.

Dodge Coronet Was The Inspiration

The inspiration for the Dodge Super Bee came from an earlier model of Dodge known as the Coronet. The Coronet debuted back in 1949 as a postwar car, reaching muscle car status by the 1960s. In 1968, its appearance became similar to a Coke bottle, as it had become rounder and smoother than previous Coronet models had been.

The Super Bee was one of these variations, introduced midway through 1968, and it was easily recognizable thanks to its dual stripes near the tail. The Super Bee was pitched as a stripped-down Coronet that was only offered as a two-door hardtop coupe with an optional 440 Magnum Engine. These early Super Bees had floor mats, heaters, and window trim come standard, but they also had a heavy bulge hood, dual exhaust, and a heavy-duty suspension.

But what was the origin of the “Super Bee” name? It turns out that the name was derived from the body style of several of Chrysler’s mid-sized cars, such as the Coronet, Roadrunner, and Charger.

In fact, the Chrysler Roadrunner would go on to become a direct competitor for the Super Bee. All of these cars had a ‘B’ Body designation, hence the name “Super Bee.” The Super Bee had an interior reminiscent of a racecar with its next-level gauges and speedometer dash, courtesy of the Dodge Charger.

However, features like these and several others guaranteed the Super Bee would be more expensive than other Dodge cars were at the time. Meanwhile, the Roadrunner was designed to be more budget-minded, and it showed. The Super Bee also showcased a 6.3-liter Magnum Big-Block V8 engine and a heavy-duty suspension package.

The exterior also featured its signature bee logo stripe that was wrapped around the tail, known as the ‘Bumble Bee Stripe’. The car managed to catch on in a racing demographic, and these early Super Bee vehicles would also gain secondhand popularity among teenage enthusiasts who wanted bargain used cars to drive.

After the first two years, 1970 saw a massive overhaul in the appearance of the Super Bee. When only 27,800 Super Bees were sold in 1969 compared to 84,420 Roadrunners, Dodge began to consider that something about the Roadrunner was working where it wasn’t regarding the Super Bee, and thus they decided a new approach was required to successfully compete. Both cars had similar engines, and come 1970, Super Bees were announced to have many of the same features, such as a new front grille.

Other changes included a twin-loop design on the more complex front end. Further modifications came to the Super Bee the following year in 1971, though only 33% were sold compared to the Roadrunner. The Super Bee folded in 1971 and Dodge moved to the Charger platform after that.

A New Generation Was Inspired By The Original

These second-generation Super Bees were partially manufactured in St. Paul, Minnesota before they were completed in Dodge’s Brampton, Ontario, Canada plant, where all the Dodge Chargers were finished.

The Super Bee was even part of the “Charger on steroids” series that was part of Chrysler Group’s Street and Racing Technology, and the 2007 Dodge Charger SRT-8 Super Bee was the first vehicle to be included in this iteration. After 2013, the name (and series) was once again retired.