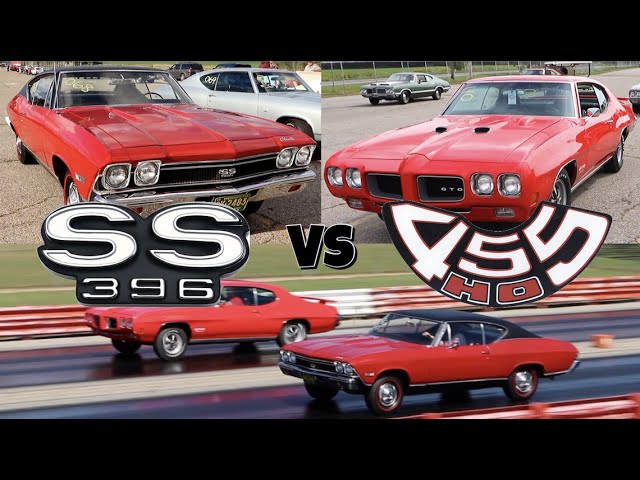 1970 Pontiac GTO 455 H.O. vs 1968 Chevrolet Chevelle SS 396 L78 375hp (Pure Stock Muscle Car Drag Race)
The first car is a 1970 Pontiac GTO. The 455 had GREAT performance, but was also very streetable. Definitely a comfortable car you could drive every day… AND take to the drag strip. I wish I could buy one! The other car is an absolutely fantastic real-deal barn find. A father/son Pure Stock drag racing combo found this car… literally, in a barn. It had 46,000 original miles. They cleaned it up, gave it a tune-up, and here we are. Everything about that 1968 Chevrolet Chevelle SS 396 L78 is a dream come true. Sure, there’s a little wear on the paint, but I wouldn’t change a thing about that car! I’ll even let them park it in my garage! Oh yeah, let me mention again it’s a L78. It originally had 4.56 (!!!!) gears from the factory, but the father/son combo swapped that for 4.10.