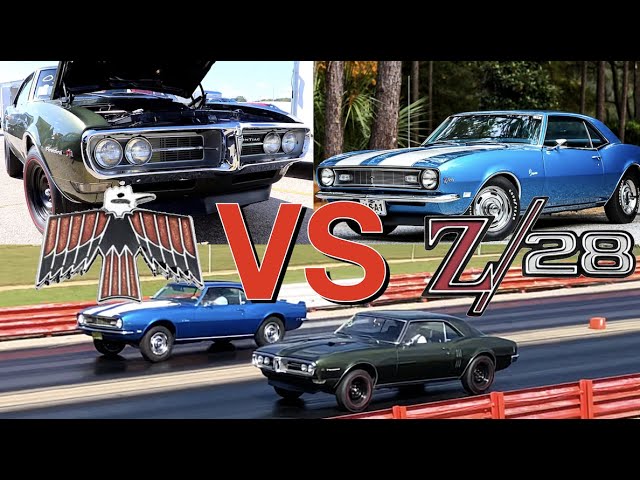 1968 Chevrolet Camaro Z28 302 vs 1968 Pontiac Firebird Ram Air 400 – Pure Stock Muscle Car Drag Race series
Very interesting battle of 1968! The first car is a 1968 Chevy Camaro z28 with a 302 making “290” horsepower. The other car is a 1968 Pontiac Firebird Ram Air with a 400 rated 335 horsepower. The Z28 was obviously made for Trans Am racing, but it does alright on the drag strip as well. You could only get the Z28 with a M21 4-speed manual transmission that year. That Firebird was made for the quarter mile. The Ram Air 400 plus the TH400 auto trans works well… not to mention that combination makes it only 1 of 92! Both very different cars mechanically, but still a great race!