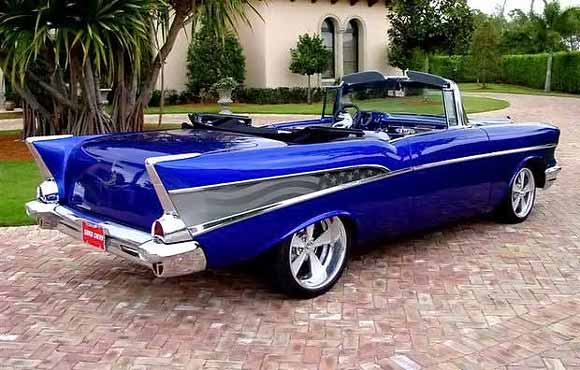 The ’57 Chevrolet is a car which was introduced by Chevrolet in Sep 1956
for the 1957 model year. It was available in three series models: the upscale BelAir
, the mid-range Two-Ten, and the One-Fifty. A 2-door station wagon, the Nomad,
was produced as a BelAir model.
An upscale trim option called the Delray was available for 210 2 door sedans.
It is a popular and sought after classic car. These vehicles are often restored to
their original condition and sometimes modified. The car’s image has been
frequently used in toys, graphics, music, movies, and television.
The 1957 Chevy, as it is often known, is an auto icon.