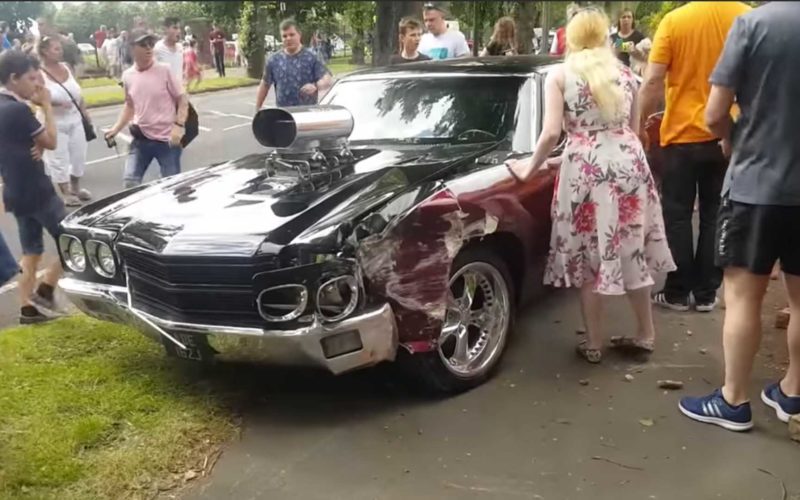 Take a look at this Expensive L: Dude Crashes Perfectly Restored 1970 Chevelle After Trying To Show Off!!

Many times, we say that American Classic Muscle cars are built so tough, that they can go thru a wall, and unfortunately, this time we have the video to prove this theory.

On the way home from the 12th annual Classic Car and Bike Show in Doncaster the driver of a beautifully restored 1970 Chevelle, gets amped up by the huge crowd that is here to check out the cars, so he decides to give them something that will help them remember this event.

In a way, he did just that, but not in the way that he intended or hopped for, because while performing a burnout on the way out, he got a bit carried away, and lost control of the powerful muscle car, and literally took down a brick wall in the process.

The car did suffer some damage, but it is nothing that can’t be fixed, proving that the saying was true all along.

Checks out how not to leave a car meet, in the video bellow.