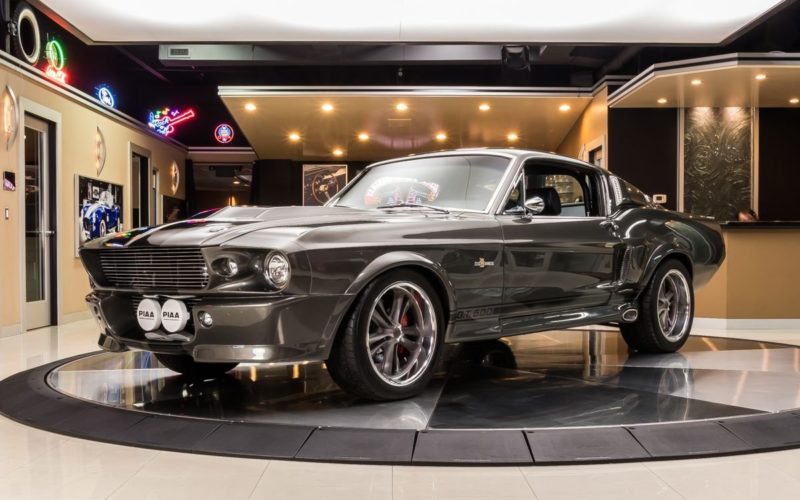 The Ford Mustang is one of the most eye-catching models of the American car company Ford. From the introduction in 1964 to the present day, the design of the Ford Mustang makes many hearts beat faster.

The designer John Najjar was a big fan of the fighter plane P-51 Mustang (hence the name). The first one rolled off the production line on April 17 in 1964, and many have since been sold. The Ford Mustang has been delivered in Coupe, Cabriolet and Fastback versions. The Ford Mustang sold also very well in Europe in the 1960s. The Mustang was even assembled in the Netherlands from 1965 to 1967, at the Dutch Ford factory in Amsterdam.

Shelby Mustangs have been around for nearly as long as the Mustang itself. The first Shelby GT350 debuted in 1965 and enhanced the appearance of the Mustang. Mustangs have always been fast and powerful cars. Although there are many variations of the Shelby Mustang, the only thing they all have in common is a combination of power and race-inspired looks that attract attention. From 1965 to the present, the legacies of Shelby and Mustang are intertwined, making it almost impossible to talk about one without talking about the other.

This 1967 Ford Mustang that we offer here is a Fastback converted to Shelby GT500 specifications. The car is completely built in the colors and style of “Eleanor”. Who doesn’t know this top muscle car from the movie: Gone in 60 seconds…