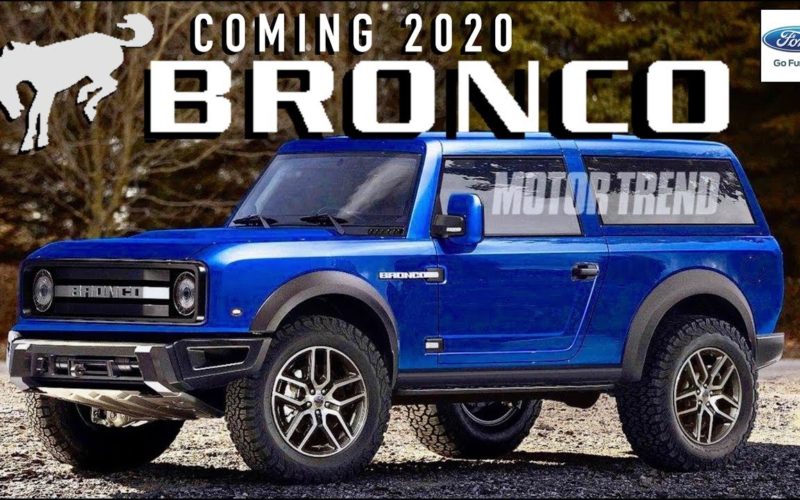 A V8-Powered, Manual, Lifted, Jeep-Slaying 2020 Ford Bronco
The “suits” at Dearborn have a bit of a balancing act on their hands. But, unlike most of us regular folks, their balancing act involves betting billions of dollars on new projects, with the hopes that they’ll please consumers, shareholders, and with today’s political climate — the White House.

So, what does that mean for the upcoming Bronco? It means that even the most hardcore engineers and designers must subdue some of their primal instincts, and listen to the bean counters and higher-ups. It’s not all bad, really; cars nowadays are safer, more efficient — and in many ways faster and cooler. Like I said, don’t give up on the new Bronco just yet.

Could the 5.0L V8 engine make its way to the new Bronco ?? Absolutely. Why not ? After all, the mighty Coyote ain’t dead, yet. The Blue Oval will surely offer several engine options in order to amplify the lineup, which will most likely feature the “normal” EcoBoost motors, as well as the 450-horsepower Raptor motor, and possibly the V8.

Things once again trace back to the 2017 Raptor. With the vast knowledge Ford has gathered from the Raptor’s off-road development, it’d be silly if they didn’t share it with at least one trim of the upcoming Bronco. Look forward to similar 3.0-inch “Fox Racing Shox” with variable damping and internal bypass technology.

This is where it gets a little tricky. Ford still offers manual transmissions in some commercial vehicles, but not in passenger trucks. To say that the manuals from the global Ford Ranger or other vehicle applications could find their way into the new Bronco is a long shot.