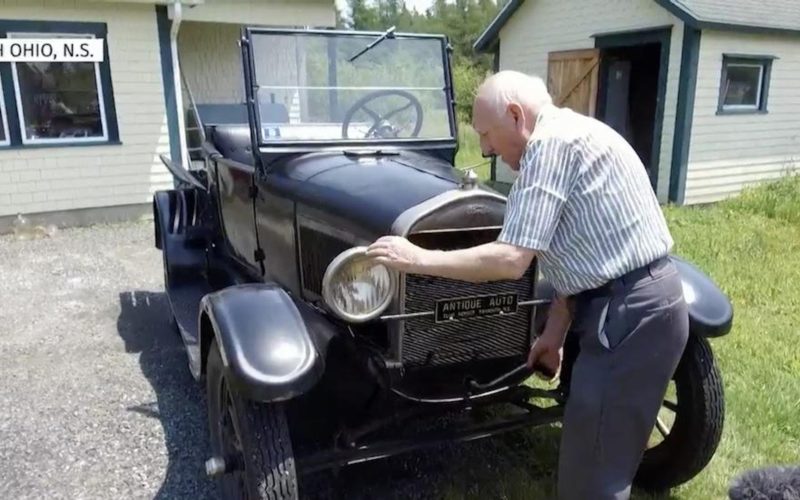 Surviving to 87 years of age is an accomplishment, and if you do it while retaining your driver’s license, credit to you. If you reach that age while still driving and maintaining the car you bought for less than $50 at 17 years old, then call the press, because we’ve got a stalwart old fellow on our hands.

Said stalwart goes by the name of Randall Pitman, an 87-year-old resident of South Ohio, Nova Scotia. Pitman, like most of us, caught the automotive fever from a young age, pumping gas part-time as a teen to save up for his first vehicle. At 10 cents an hour, it took quite some time for him to amass $50, but once he did, he headed straight to the auction house to bid on a 1927 Ford Model T pickup.

Seventy years and countless miles later, Pitman still reportedly owns and drives the fully analog vehicle, whose notoriously obtuse controls predate the now-standard brakes left, gas right configuration. Pitman’s Ford has no turn signals, no seat belts, and no air conditioning other than that offered by opening the windows. He still cranks the Model T’s engine over by hand to start it, and though it’s a lot of exertion for an 87-year-old, it’s not too much for him; he’s currently restoring a second Model T—a 1927 coupe—that he bought back in the 1960s.

Pitman traveled with his Model T truck to a vintage truck show in Crapaud, Prince Edward Island earlier in July. Though he’s driven the car on trips hundreds of miles in length before, he sent the vehicle down by flatbed this time. He’s not as much worried about being stranded as he is about having to track down parts, because as anyone who owns an old car knows