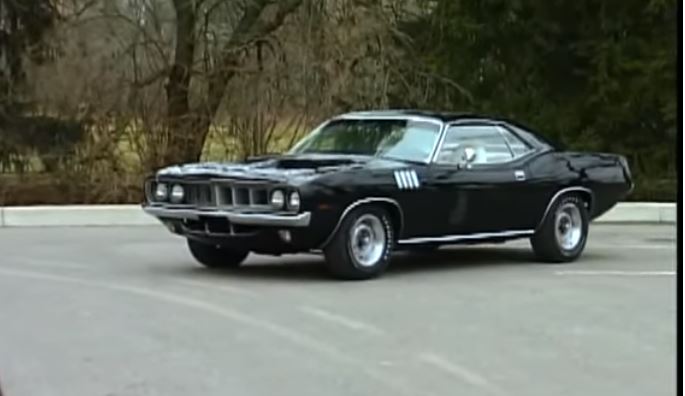 The Plymouth Barracuda is a two-door car that was manufactured by Plymouth from the 1964 to 1974 model years.

The first-generation Barracuda, a fastback A-body coupe based on the Plymouth Valiant, had distinctive wraparound back glass and was available from 1964 to 1966.

The second-generation 1967 to 1969 Barracuda, though still Valiant-based, was heavily redesigned. Second-generation A-body cars were available in fastback, hardtop, and convertible versions.

The third-generation 1970 to 1974 E-body Barracuda, no longer Valiant-based, was available as a coupe and a convertible, both of which were very different from the previous models. The final model year for the Barracuda was 1974.

The Barracuda (particularly the 1970–1974 E-Body cars) is a collectible car today, with the high-performance versions and convertibles commanding the highest prices. The small number of Barracudas remaining in existence is the result of low buyer interest (and low production/sales) when the vehicles were new. The remaining cars of any condition are rare, and the outstanding examples fetch high appraisal values today. Original Hemi super stock Barracudas (and similarly configured Dodge Darts) are now prized collector vehicles, with factory (unaltered) cars commanding high prices.

The 1971 HemiCuda convertible is now considered one of the most valuable collectible muscle cars. Only thirteen were built, seven of which were sold domestically. The most recent public sale was at the June 2014 Mecum auction in Seattle, where a blue on blue 4-speed sold for US$3.5 million (plus buyers premium).

Some of the best Best looking car we’ve seen around…