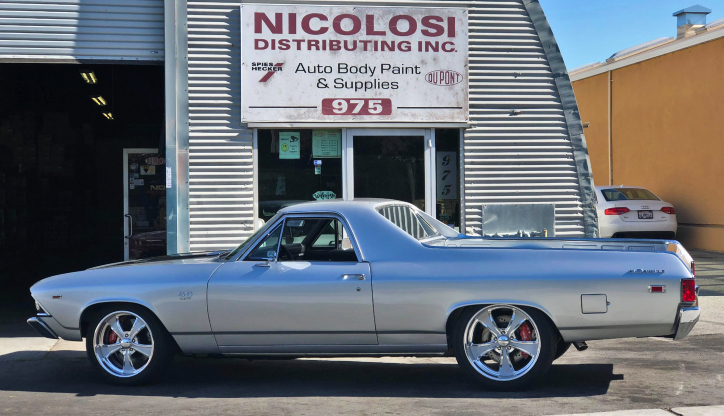 If you own a cool hot rod like this 1969 Chevy El Camino SS and want to show it to the world, just email us at: [email protected] This channel is dedicated to the rides of our followers.

Danny Nicolosi has acquired this 1969 Chevy El Camino SS back in 1997 as a gift from a member of his family. As you can see in the video the pick up truck didn’t look very attractive back then.

However, after the restoration was completed in September of 2018 Danny’s 1969 Chevy El Camino SS has even brought home a trophy from the Goodguys’ indoor show in Pleasanton California.

Another interesting fact about this 1969 Chevy El Camino restoration is that all the work was done for about 6 years in Danny’s garage with the help of his friend John who had a big impact on the hot rod appearance.

You can see pictures of all the parts used during the restoration of this 1969 Chevy El Camino SS after the walk around video and read the full story on our website: http://bit.ly/NicolosiElCamino