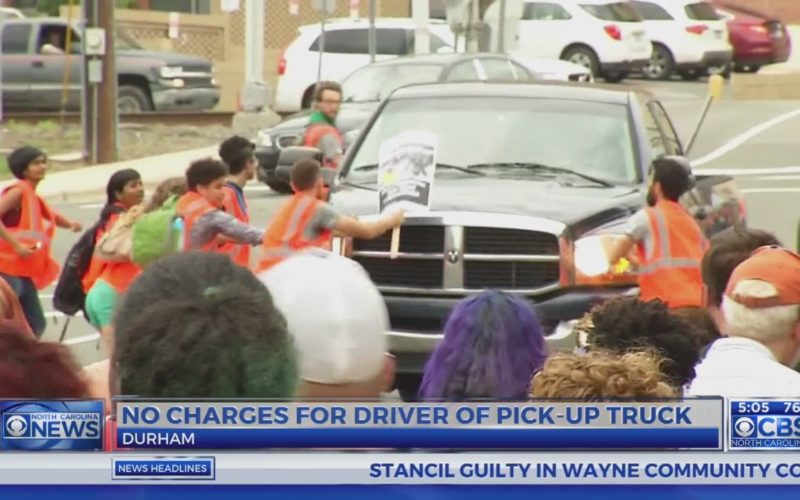 Last year, news outlets were buzzing as many people watched a Dodge Ram plowing through protestors in Durham, NC who just so happened to be out there voicing their opinion against the police. As the truck pushed through the wall of people, they protestors would continue to try and get it to stop by pounding on the hood, however, the driver of the 2500 pickup truck would just keep on rolling right on through the people. Obviously, this situation caused a big back-and-forth only to have all of the card fall in favor of the driver of the truck.

If you follow along with the video below that shows the protestors reactions to the idea that the truck driver isn’t going to have charges levied against him by the police. When questioned about why the group didn’t have the proper permits, D’Atra Jackson said that the group “Does not work with the police.”I think that it’s safe to say that this isn’t the last that we’re going to see of situations like this, however, it seems like it’s something that’s definitely coming into strong consideration for lawmakers.