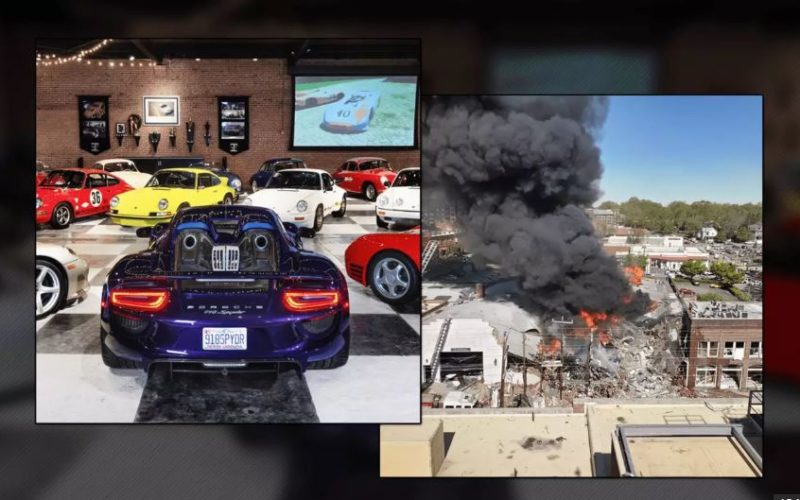 A large gas explosion in North Carolina has hospitalised 12 people and left one dead in an incident that also saw a priceless vintage Porsche collection damaged.

Police had begun an evacuation after construction workers in Durham, NC went through a gas line on Wednesday, causing a leak. But before the evacuation was complete, a large explosion consumed a listed building, formerly a Studebaker dealership in the early 20th century.

The building nextdoor, a large warehouse containing the entirety of the world famous Ingram collection of Porsche cars, was also severely damaged. The collection is comprised of 80 of the rarest and most valuable models from the company’s history and has been described by Porsche as a “breathtaking review of automotive design history”.

The extent of the damage to the collection is unclear, but given that more than half of the warehouse roof collapsed, it is no doubt extensive – and likely irreparable.

Durham Fire Chief Bob Zoldos told reporters at the scene: “The fires have been contained and they’re under control, but the incident is far from over.”

As yet, authorities have not named the person who was killed at the scene.

Durham Mayor Steve Schewel praised the emergency services for their response to the accident. “It’s not a happy day, but, again, it’s a day when I am so proud of how our local government functions,” he said.