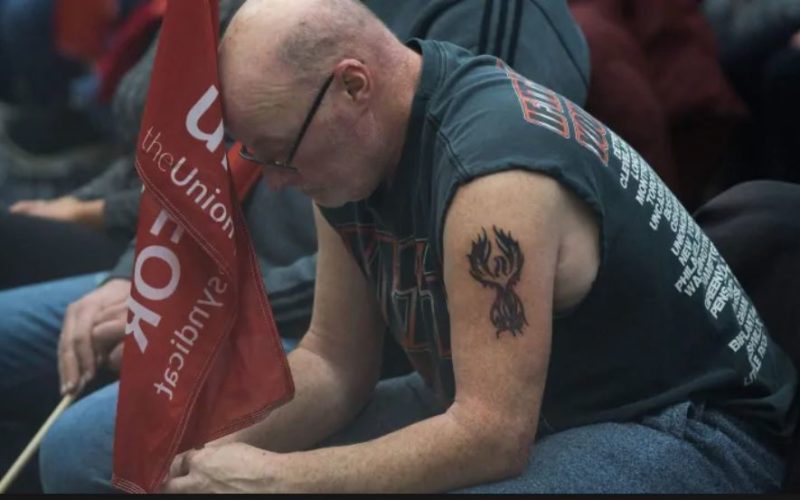 General Motors is planning to layoff at least 4,000 salaried workers in North America starting Monday ahead of the company’s fourth-quarter earnings report, according to two people briefed on the matter.

The reductions come as the largest U.S. automaker undergoes a massive restructuring announced by CEO Mary Barra in November. GM is halting production at five plants in North America and cutting 14,000 jobs as it realigns its workforce and plants to produce more electric vehicles.

Company executives want to complete as many of the layoffs as possible before the company reports its earnings Wednesday, the people said, asking not to be named because the information isn’t public yet.

“We are not confirming timing. Our employees are our priorities and we will communicate with them first,” GM spokesman Pat Morrissey told CNBC Friday.The involuntary cuts aren’t as steep as previously thought.

GM offered buyouts to 17,700 employees in North America with at least 12 years of service in November, according to a document obtained by CNBC at the time. The company was aiming for 8,000 voluntary buyouts, the company previously confirmed. About 2,250 workers accepted severance agreements by Nov. 19, the company previously confirmed. Roughly 1,500 contract jobs have since been eliminated, according to one of the people briefed on the layoffs.

https://www.cnbc.com/video/2019/01/11/gm-to-remain-profitable-in-foreseeable-future-says-former-vice-chair.htmlThat leaves roughly 4,250 salaried workers and 6,000 hourly employees targeted for layoffs. The company said in November that half of the hourly workers were in Canada with the other half in the U.S.

The company has offered jobs to all 2,800 hourly workers affected in the U.S., and about 1,000 have accepted. The other 3,000 hourly workers located in Canada are getting help finding jobs and training, a spokesman said.

Many of the cuts are planned at factories in the United States and Canada that make sedans and compact cars — vehicles that have not been selling well in North America, as customers turn toward trucks, sport utility vehicles and crossovers. These vehicles tend to be more profitable for automakers.

As it has been trimming back its sedan lineup and exiting its least lucrative businesses, GM has been pumping cash into new mobility technologies, especially autonomous driving.

GM’s reorganization is expected to save the company about $6 billion by 2020, with half of those savings realized by the end of 2019, the company has said.

Executives told investors in mid-January that the company’s full-year results for 2018 exceeded the company’s expectations, and gave a positive outlook for 2019 as well.

“Mary is bold man. She doesn’t mind making a tough decision, which is probably nice to see compared to what GM has been historically. Shes not afraid of a tough decision,” said Sam Huszczo, owner of SGH Wealth Management outside of Detroit. He said he manages money for several clients who work at GM.

This story is developing. Check back for updates.