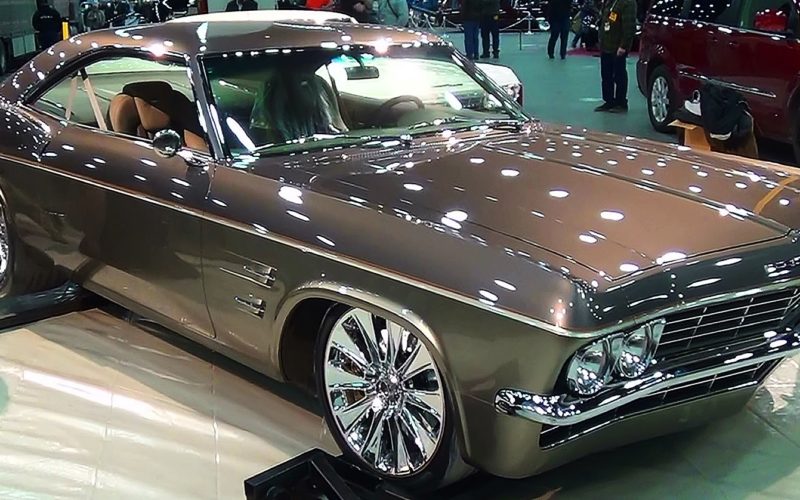 Scottie features another car from the Great eight contenders competing for the Ridler award from the recently held Detroit Autorama 2015.

This time, it is the 1965 Impala modified and built by Chip Foose.

Foose is well known for his impressive car restoration skills and he also star the show Overhaulin on Velocity.

This 1965 Impala which is also called the Imposter actually won the Ridler Award.

It is called the Imposter because spectators might have to take a closer look because this Big Chevy is actually slightly smaller than it appears.

Check more of this award winning car below !!