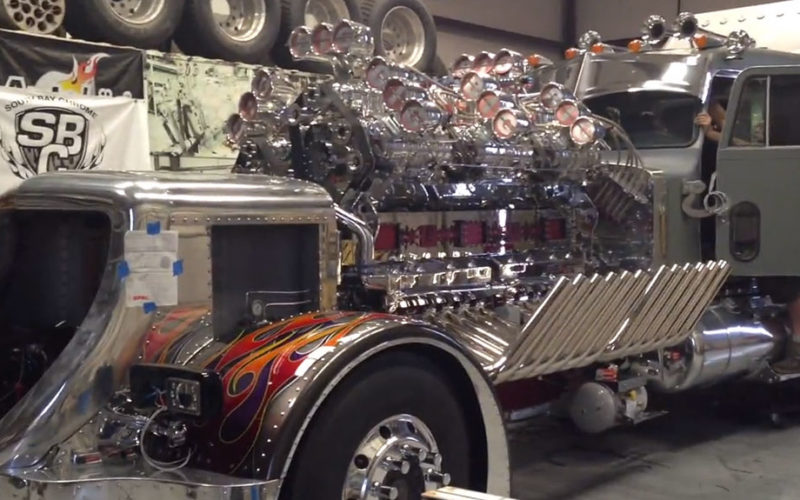 3400+HP 1704 CI Supercharged 24 Cylinder engine! Can you believe it!
People say that everything is big in Texas. So, Lake Havasu City in Arizona, when it comes to truck motors, leaves the Lone Star State ashamed. That is the place where Big Mike Harrah has his treasure of cars, trucks, helicopters, bikes and airplanes that makes everyone envy. His newest under-construction show truck has 36 butterflies in those 12 injector hats.
You are maybe asking why, and he answers because he can. There is really no reason to take one 24V71 and to build an intake manifold that mounts eights 6-71 superchargers on the top of 4 others, and that weighs 1,000 pounds other than to say “There, take that.” Well, this is a V24 Detroit Diesel two stroke that is usually used to power ships, and that is two V12 Detroit connected together with splined cranks. That adds up to 1,704 ci. That is really funny, on a grand scale, but it is very cool.