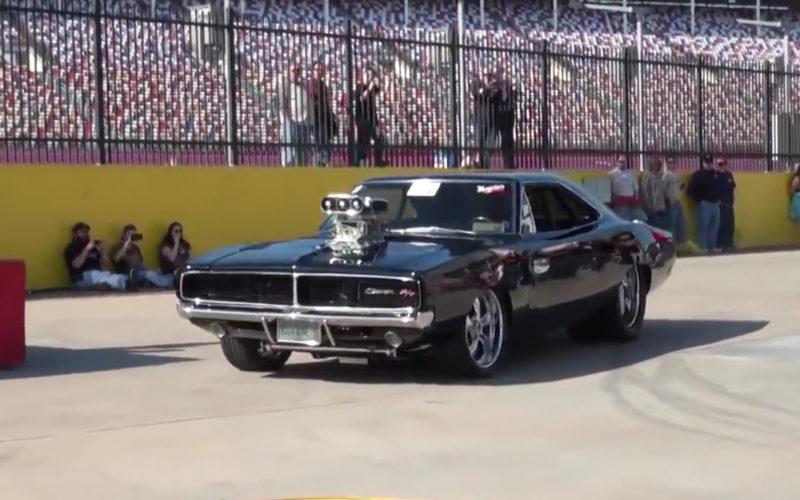 Well Mopar fans, this one’s for you, a real treat in the form of a 1000 horse power 1969 Dodge Charger with a 572 cubic inch HEMI engine hiding under that hood. Well actually the whole blower is poking out of the said hood for everybody to see and to warn street races off in a way.
After announcing the owner and the car, the guy behind the mic, starts cracking jokes about how this car is 100% stock, and on the way down here made ran 27 miles per gallon. The vehicles sounds as aggressive as it looks so when the owner Bob Dellinger starts it up, there is only one thing for the announcer to do and that is to stop talking since he can’t even hear himself think from all that roar. Play the video and turn the speakers up since the power surging idle, and the high rpm scream of this beast is intoxicating and we all need a dose of it.