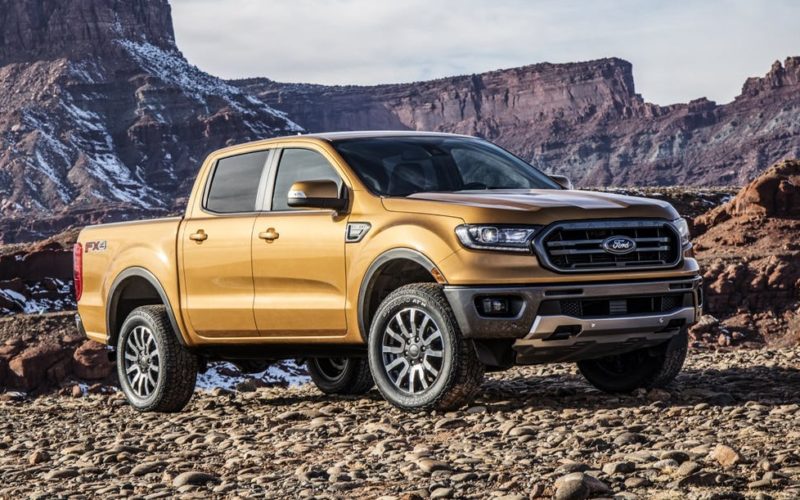 Ford is issuing a recall on the 2019 Ford Ranger after being on sale for only a month.

The Ranger has returned to North America after a seven-year absence, and people are already making up for lost time by buying the crap out of them. Ford says that demand for the Ranger is so high that they’ve been opening up “massive overtime” so that production can keep up as Rangers fly off dealer lots.

However, it looks like in their haste to make as many Rangers as possible, Ford might have let a quality issue slip past them. An issue has been discovered that might affect the Ranger’s ability to lock its shifter in the park position without getting it knocked into gear with the truck off or without the driver’s foot on the brake pedal.

Ford has issued a recall for roughly 3,500 Rangers built between June 4th, 2018 and January 9th, 2019. About 3,000 Rangers are currently in America, while 500 are somewhere in Canada. All Rangers were built in Ford’s Michigan Assembly Plant at Wayne, Michigan.

At issue is the bezel wiring for the PRNDL shifter interlock circuit. In affected vehicles, “wiring may interfere with the shifter interlock override, preventing the shifter from locking in the park position and allowing the driver to shift the transmission out of park with the vehicle off and without a foot on the brake pedal.”

Obviously, this is bad as it could allow the driver to park the truck, turn off the engine, and then accidentally elbow the shifter out of park so that it starts rolling down a hill.

Ford is not aware of any accidents or injuries, but still, nobody wants their truck to roll away from them.

Testing the issue is simple: dealers will park the Ranger and turn off the engine, then see if the shifter will move without their foot on the brake pedal. If it does, then they need to start digging through the bezel wiring to see where the interference is being caused.

Ford released no info on how owners will be notified, but it will happen within the next two months according to US law. They also didn’t say if the fix will be free, but at just a month off dealer lots, it’s probably assumed it’ll all be covered under warranty.